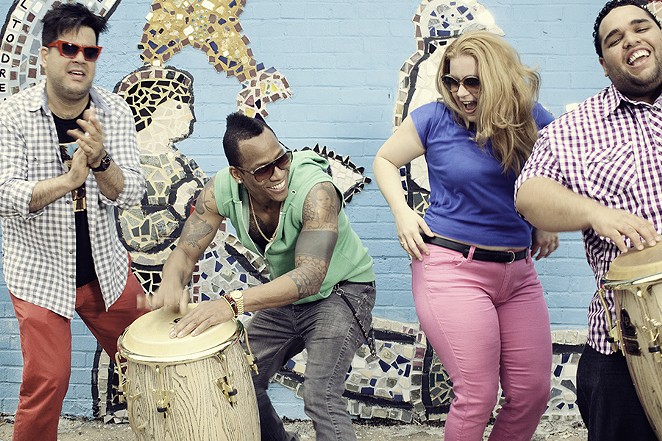 Pedrito Martinez
With the rhythms of his hands in conversation with his booming voice, percussionist Pedrito Martinez bobs through the Afro-Cuban tradition with the knowledge and verve of someone who lives it without rest (Martinez is a devotee of the Caribbean religion of Santería, spoken in the African language of Yoruba). Since arriving in NYC in ’00, Martinez has played with the who’s who of jazz: Wynton Marsalis, John Scofield and Steve Gadd (those are just on his most recent LP). But Martinez doesn't need co-credits to hype his name. Once his rumba and batá rhythms get going, good luck staying still. $35, 8pm, Jo Long Theatre, 226 N. Hackberry, (210) 207-2234 —Matt Stieb 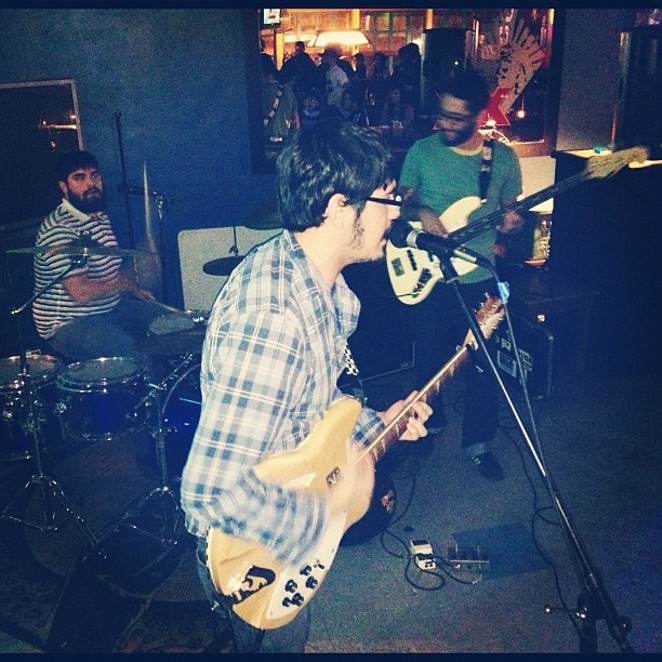 The Lost Project
On songs like “Through the Road,” The Lost Project knows how to make pop punk work. With a jangly guitar rhythm and lightly driven lead, the SA act grabs at the high energy of the genre without catching the adolescent embarrassment. Wild Dreams, the 2014 album from SA’s Colleens, displays brothers Josh and Jon Harter’s knack for pop songwriting and arpeggiated guitar. Animal Room, the 2012 debut from Last Nighters, plays like something of a concise history of modern Southern indie music. From blues to pop to country twang and indie-rock bluster, Last Nighters are children of the wide-open Texas night. $3, 10pm, Hi-Tones, 621 E Dewey, (210) 785-8777 —Matt Stieb, James Courtney

With an insider's understanding of ambient music and a sweet rendition of Bon Iver's "Towers" in his repertoire, saxophonist Brad Walker is a fine example of New Orleans' jazz scene in 2014. Walker and his quintet of Brian Seeger, Oscar Rossignoli, Nathan Lambertson and Paul Thibodeaux should light up the Flight Gallery with their shimmering sound, providing the afterparty for Calen Barnum's "Beloved Taboos" photography exhibit. $5-$10 (suggested donation), 10:30pm, Flight Gallery, 134 Blue Star —Matt Stieb 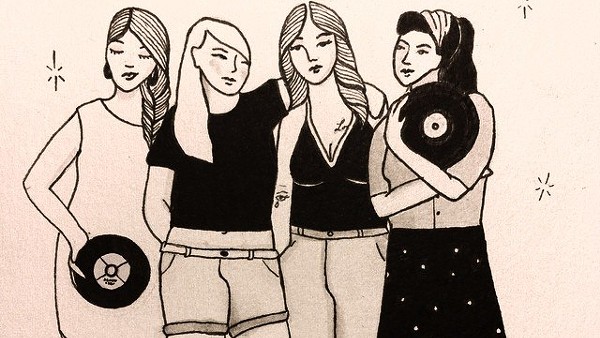 An all-girl, all-vinyl organization, the Chulita Vinyl Club spins anything from yé-yé pop to northern soul; Motown to twee; Chicano oldies to tejano goldies. “As long as it’s spun by a girl, we’re putting it on,” they boast. Behind the decks on Saturday are Martha Queen and Tear Drop, with a heavy and well-informed bias towards soul. $3, 10pm, Hi-Tones, 621 E Dewey, (210) 785-8777 —Matt Stieb

Texas Tornados
Though singers and SA legends Doug Sahm and Freddy Fender are up in the great tejano gig in the sky, Doug’s son Shawn Sahm and Nunie Rubio have stepped in to continue the Tornados tear across South Texas. While many see Texas as a hyper-diverse musical landscape, singer-songwriter Joe King Carrasco isn't too interested in choosing a single direction. And that’s what makes him so refreshingly unpredictable; from country to rock-n-roll, tequila-soaked reggae to a sped-up polka that became nueva wave, Carrasco has consistently refused to sit still. Heavily influenced by the Tex-Mex sounds of San Antonio, particularly the Sir Douglas Quintet and Sunny Ozuna, Carrasco has taken their formula to incredible (and often very successful) lengths. $20, 8pm, Luckenbach Dance Hall, 412 Luckenbach Town Loop, (830) 997-3224—Matt Stieb, James Courtney