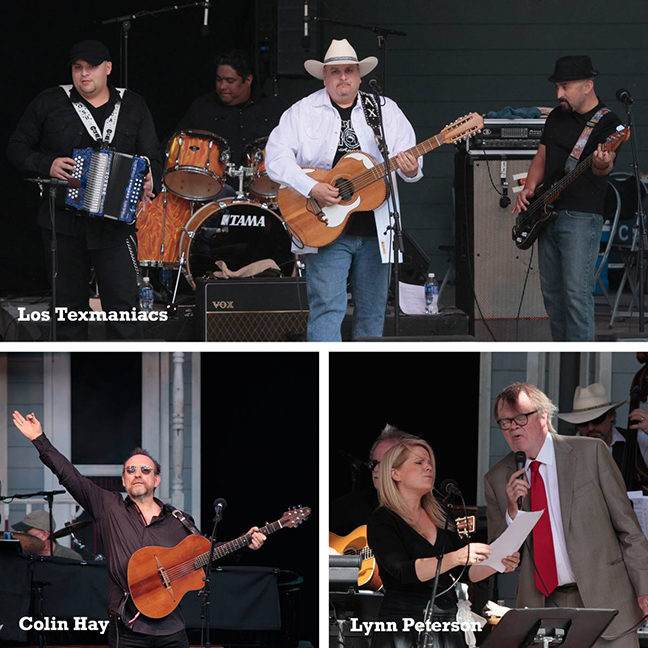 Those who tuned into to this weekend's (May 31, 2014) edition of A Prairie Home Companion with Garrison Keillor hopefully shared in our delight to hear Grammy-winning hometown heroes Los Texmaniacs returning to the program less than a year after their November 2013 appearance. In the midst of stellar company (which included Aussie singer/guitarist/songwriter Colin Hay of Men at Work fame, vocalist Lynn Peterson, the Royal Academy of Radio Actors and the Guy's All-Star Shoe Band), the Tex-Mex icons performed "Amor de mi Vida" at the Pepsi Amphitheater at Fort Tuthill County Park in Flagstaff, Arizona. Check it out below.