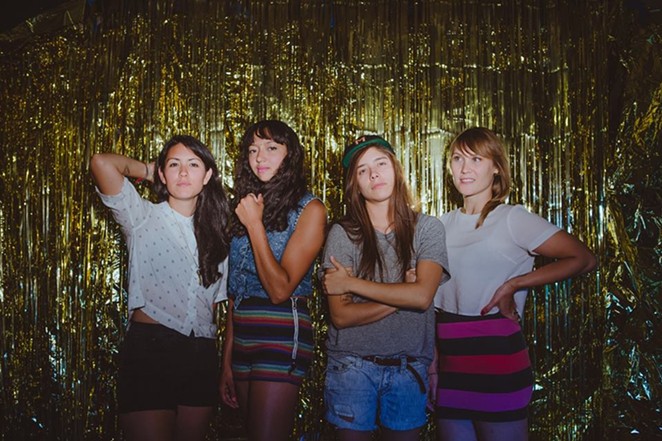 Facebook
La Luz
Lookin’ for a place to unwind and celebrate the end of SXSW madness? Come kick it this Sunday with some babes, booze, and badass bands at Paper Tiger for the Fourth Annual Burger Hangover Festival!
Tickets for the daylong festival are available here for $25. Burger Records (Independent record label based out Fullerton, CA) is showcasing some of the raddest bands on the block. San Antonio’s very own booze-blues group The Bolos, Argentinian surf-pop act Las Piñas, retro doo-wop punk troupe Shannon and the Clams and, of course, surf-noir quartet La Luz, to name a few.

The Current got a chance to chat with La Luz’s lead guitarist and vocalist, Shana Cleveland, on the inspiration behind their newest album Weirdo Shrine, the hastiness of playing festivals and who she is psyched to see at Burger Hangover Fest.

But, before grilling her with some of our questions, we wanted to learn some basic things about her, so we played a little game of “This or That” (shown below).

What where you listening to whenever you recorded Weirdo Shrine?

I was listening to Yanti Bersaudara — this Indonesian band of sisters from the '60s that had beautiful harmonies with an early rock 'n' roll guitar style with a really cool sound. I was also listening to bands from Latin America and Japan
that were trying to play American rock 'n' roll in a very unique way. I’m also very inclined to listen to bands with great harmonies.

This album feels ominous and beach-goth like. You mentioned
that Weirdo Shrine was inspired by Charles Burns’ graphic novel Black Hole. Were there any other authors that influenced this record?

Actually a couple of the tracks were inspired by Richard Brautigan, who was a 1960s American novelist that lived in the West Coast who wrote deeply haunting poems which inspired the songs “Oranges” and “You Disappear.”

Is there a moral for “Black Hole, Weirdo Shrine”?

If La Luz had to play festivals for the rest of eternity, who would you tour with?

Dead or alive? It would be Billie Holiday or Shannon and the Clams.

What was the first festival you ever attended, not as a band?

My parents were both musicians, so I was always getting dragged to the Michigan Art Fair. But, as an adult, the Chicago Blues festival in the park.
It was really cool, whenever I was in college I would go attend a bunch of free festivals at the park, like jazz festival, blues festivals, I don’t know … I loved going to free festivals because I would never want to pay $50 in order to attend a festival. 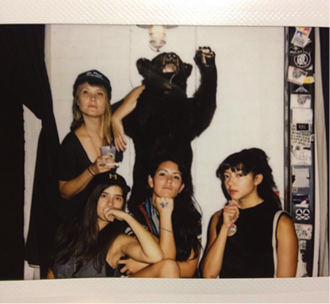 What was the first festival La Luz played and can you describe how it differs from playing a headlining show?

Yeah, It’s a completely different experience. You kinda have to put your ego aside a little bit because at a festival people aren’t always there to see La Luz play, but we also have to remember that there are people out in the crowd
that are there specifically to see us. The audience ranges so much at festivals, it’s either like a few people who know who we are but there have also been times where there’s a large crowd waiting to see us play. I dunno. It’s a venture for sure. It can be really great playing outside in the sun, plus seeing other bands play is always enjoyable. But it can also be very daunting because we don’t always have a home-court advantage, which is exciting as well because we get the chance to win over the crowd.

Anyone new your excited to see at the Burger Hangover Fest?

Yeah! Actually I’m really excited to see a group from Argentina called Las Piñas. I’m excited to see them, we’ve written to each other back and forth but we haven’t seen them play live before because they’ve never played in the United States. I’m also psyched to see Guantanamo Baywatch and of course Shannon and the Clams!

So come crowd surf this Sunday with the talented ladies of La Luz and watch some of their favorites take the stage!