The Avett Brothers Are Coming to Whitewater, for Real This Time 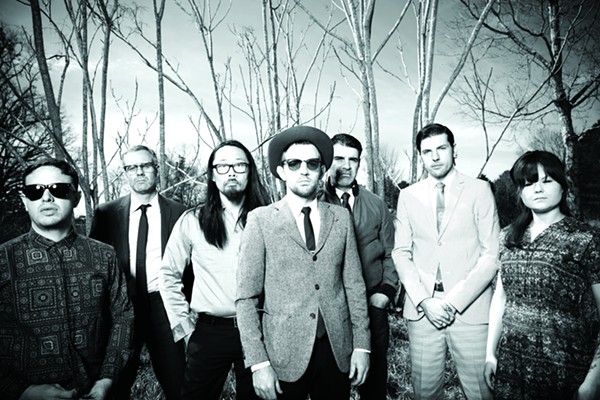 As the early 2000s struggled to figure out what exactly what sounds would define it, there was an emerging folk music revival with artists like Sufjan Stevens, Devendra Banhart and Joanna Newsom leading the pack. On the more bluegrass-y, Americana end of the spectrum were bands like Old Crow Medicine Show and The Avett Brothers, which formed when brothers Scott and Seth Avett’s respective bands converged in the late 1990s.

From a little town called Mount Pleasant in North Carolina (population 1,652), The Avett Brothers, (who were scheduled to play this past April but had to cancel because Scott caught the flu) strung together a sound that’s equal parts contemporary folk and vintage Appalachian bluegrass.

It’s jangly as hell, and, at times, pretty punk rock as rapid-fire banjo strumming blends with three-part harmonies, fiddle, cello, acoustic guitar and drums. All to create music that’s as exciting as any punk rock show.