This Hip-Hop Concert Could Literally Save Someone’s Life 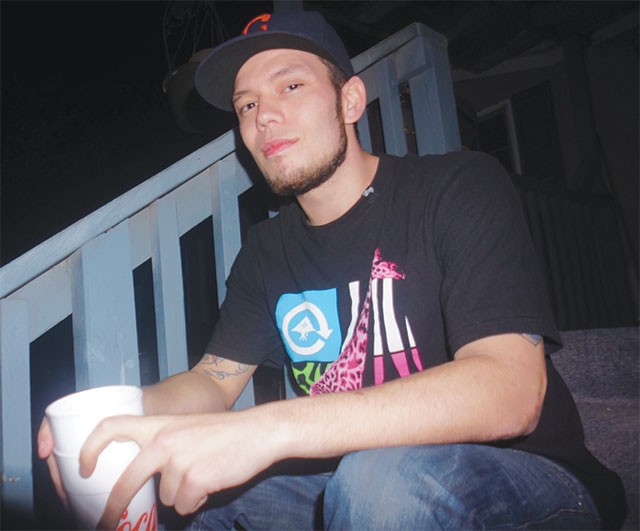 According to SA rapper Kusha Tarantino, hip-hop “is important as an art form and needs to be recognized as art, not just a bunch of thugs or cats hoping to get rich.” And Tarantino, taking a phone break from a video shoot, is all about art.

His rhymes are full of delirious wordplay, obligatory but convincing claims that he’s a better rapper than most and ruminations on the role of the hip-hop community in lifting this city up. He’s only 23 years old, but already gives off a profound wisdom. For Tarantino, hip-hop is not about finding a way out of San Antonio, but about building something great here. “I want to give something to this city before I ever try to take anything away,” he gushes. “Everybody is trying to be the first rap act out of San Antonio, but I just want to focus on making great art and creating something positive.”

Well, how’s this for a start: Kusha Tarantino, along with several other local acts including Spy MC, has organized a benefit this Saturday to raise awareness of the extreme need for bone marrow donors and to hopefully, with the help of the organization LOVE, HOPE, STRENGTH, sign up at least 10 people to become donors.

The idea is simple: LOVE, HOPE, STRENGTH gets involved in concerts and uses them as opportunities to sign up donors who can eventually be matched with those in need of bone marrow (mainly people with blood cancers like leukemia, or genetic and immune system disorders). The more people come, the more might sign up, and the more that sign up the better the chances of maximizing matches for what is often considered a life-saving treatment.

It’s a great cause and a fine excuse to see for yourself that San Anto has some seriously dope rappers, with brains to match their egos and hearts to match their bombast. “I want to be about music with a purpose, not swag. I think swag rap took the art and warmth and struggle out of hip-hop,” Tarantino tells the Current. He says he’s excited about working to promote this show in order to achieve the goal of “10 on the list.”

When we switch gears to talk about the other talent on the bill, Tarantino pauses, mentally running through the list of more than 20 performers (including rock and pop as well as hip-hop). “Mr. Composition is like one of my top five MCs period, not just local,” Tarantino says of the young rapper who released the excellent album Running Red Lights Through Life last year. He also mentions, and I wholeheartedly concur, that he’s looking forward to Spy MC (a personal mentor of Tarantino’s and rapid-fire rapper), Kree23BN (the talented female MC affiliated with the local Blacknote Organization) and South Sil (the Current readers’ number one hip-hop artist last year). Come for the cause, stay for the words and energy. The message: Hip-hop can change lives if we let it.