Tickets go on sale Friday for the Dec. 14 show, which also includes P.O.D., Vended, Space of Variations and Malevolence. 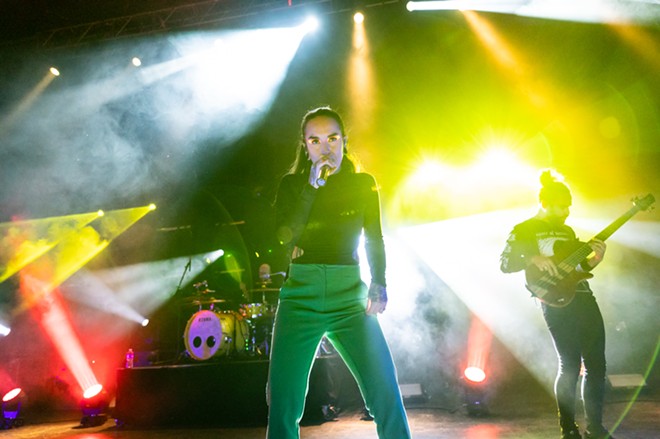 Jaime Monzon
Jinjer, fronted by singer Tatiana Shmailyuk, performed a show last year at the Aztec Theatre.
Things looked uncertain for progressive metal act Jinjer when three of its four band members ended up back in their native Ukraine during February's Russian invasion.

Now, the band is preparing to embark on a global tour with the support of the Ukrainian Ministry of Culture, which granted the members ambassador status so they can leave the country, share their music and raise awareness about the war.

Jinjer will hit San Antonio's Aztec Theatre Wednesday, Dec. 14 on the U.S. leg of that journey. P.O.D., Vended, Space of Variations and Malevolence will provide support.

Even before this tour, Jinjer has used its growing international fanbase to help the Ukrainian war effort. The band reportedly raised more than $140,000 in sales of charity T-shirts meant to fund medical supplies, food and other necessities.

“If you told to me 15 years ago that this would be a touring band, I would not believe it,” bassist Eugene Abdukhanov told the Current last December. “We never wanted to be big rock stars, we just wanted to play music.”