Welcome To The Fun House: We Leave At Midnight's 2015 Triptych 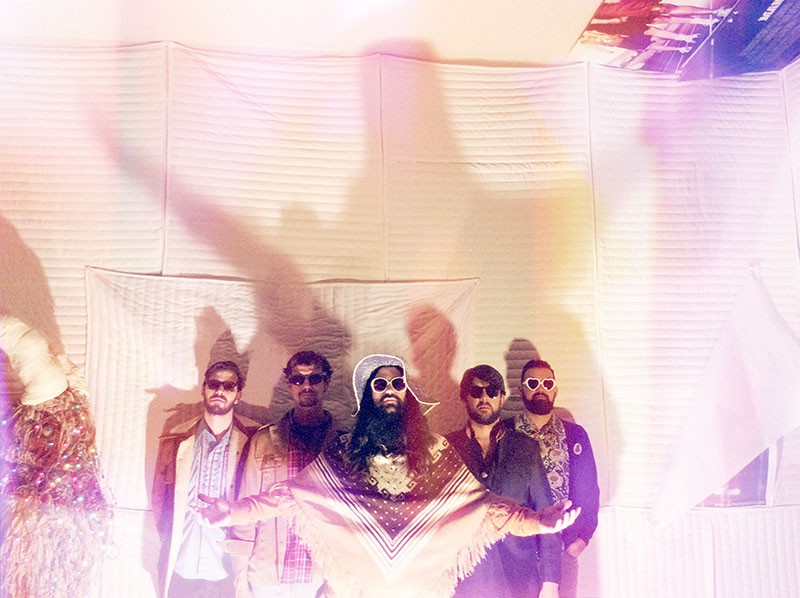 Terror Flora isn't your average home recording. Far from the stuff of bargain bin mics and overused, under-understood toy effects, We Leave at Midnight's new EP is a lush little in-house project, with frontman John Dailey expertly pushing faders at home like Kevin Parker down in Perth, Australia or Phil Spector in his six-by-eight cell in Delano, California.

"I've always had an interest in finding the tools that I needed to be creative," Dailey told the San Antonio Current. "I think in sixth grade I already had a four-track. I would hook up a Casio keyboard and do cheesy drumbeats and overdub the rest."

Fast-forward two decades of Dailey's musical development and the whiff of cheesiness is gone. Terror Flora floats into headphones with a pro's sense of arrangement. Guitars stomp around with satisfaction, but never tread on each other. Little bubblegum phrases stick to you for the day. Dailey, under all sorts of lacquered finishes, calls for and receives the ear's attention.

Like an animal T-shirt from Walmart or a volcano spew that breeds a lightning storm, there's so much happening in Terror Flora, but it manages to err on the side of totally awesome.

"Unfortunately I'll never hear it like that, because I did it," Dailey joked. "It's definitely hard to not be too busy when you've got a lot going on. It's so easy to have these tendencies to keep adding stuff and adding stuff. 'Cause it's fun. But after a certain point it only makes it worse."

In the five-cut effort, Dailey walks us through a funhouse of rock 'n' roll styles. Whirling effects act like carnival mirrors, warping the songwriting traditions of Lennon and McCartney that the effort holds so dear. Formed in that Fab mold, Dailey twists some anxious thoughts into Terror Flora to butt against its upbeat, if crazy-eyed, aesthetic.

"This is a very heavy EP for us," said Dailey. "Dark, troubled, but glazed with some sugar. There's definitely more of that in the full-length, it's circusy."

Terror Flora is a candied taste of a prolific year to come — dessert before dinner. After signing to San Anto label Texas Is Funny in March, We Leave at Midnight plans to release an LP, The Holy Rolling Flower Band and another EP later this year.

"What I love about [Texas Is Funny], and identify with, is their ambition," said Dailey. "They're go-getters, and I like that."