When it comes to challenging salsa or Latin jazz, Eddie Palmieri is your man 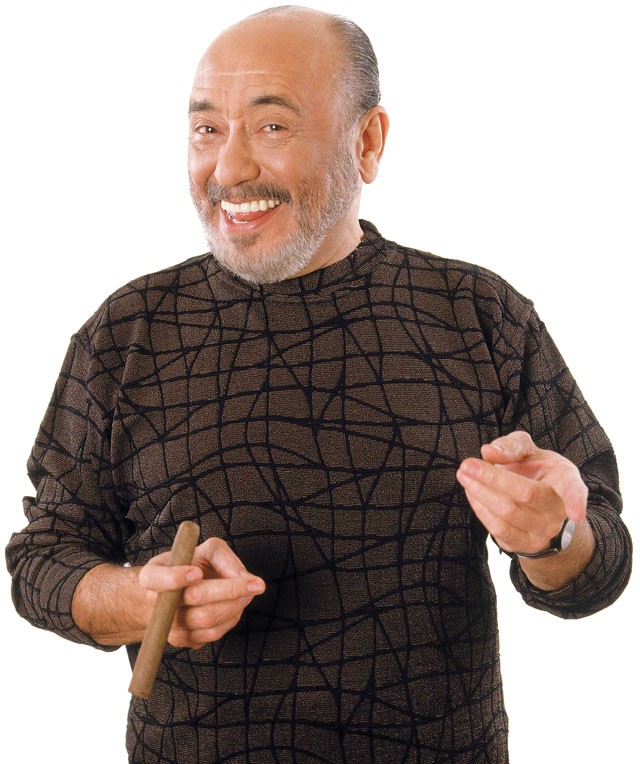 Sometime in the mid-’90s, it was getting close to Christmas and I had to write one of those stupid holiday lists. So I asked Panama’s Rubén Blades (the author of “Pedro Navaja,” arguably the most popular salsa song ever written), “If you had to recommend just one salsa album, new or old, what would that be?” His reply came immediately, as if he had been waiting for that question all his life.

“The Sun of Latin Music, by Eddie Palmieri,” he said. The album won a Grammy for Best Latin Recording in 1975, Palmieri’s first of nine (he would also win a Best Salsa Album Latin Grammy in 2001 for Obra Maestra, which he recorded with the late, great Tito Puente).

Why is Palmieri — born in 1936 to Puerto Rican parents and raised in the Bronx — considered so great among pundits and dancers alike? Days before Palmieri’s show at Plaza Guadalupe on Saturday, two leading Latin music writers shared their opinions with the Current.

“He is the pivotal figure in the transformation of salsa from traditional ballroom dance music to experimental street music with a bold, rebellious edge,” said Agustín Gurza, a Los Angeles Times writer from 1999 to 2008. “In any manifestation, he is a phenomenal and unforgettable figure — daring and dazzling on the keyboard, demanding and unpredictable as a bandleader. Despite his excesses and self-indulgences, he is one of the few salsa musicians who can rightfully wear the mantle of genius.”

Ernesto Lechner, whose work has also appeared in the Times and other major publications said: “There is no other artist in Afro-Caribbean music quite like Eddie Palmieri. He is a pioneer, a poet, an intellectual, and a philosopher. One of the first musicians to successfully blend Cuban dance formats with jazz, a Puerto Rican sensibility, psychedelia, sociopolitical messages, and a dash of rock — the specific sound known all over the world as salsa.”

But even if you don’t care about his technical or socio-political importance, and all you want to do is dance, Eddie is still your man.

“On the mystically tinged ‘Azúcar’ (1965), one of salsa’s top 10 tunes ever, he was the first salsa keyboardist to play a tumbao’ with one hand while improvising a melody with the other one,” said Lechner. (A tumbao’ is a rhythm accentuating the eighth beat, usually played by the bass and congas.) “And the groove, the groove ... No wonder salsa dancers adore him. If you don’t dance to his stuff, there’s something wrong with you.”

Palmieri, known for his instrumental virtuosity as well as his perennial smile, is a little upset these days. In April, the National Academy of Recording Arts and Sciences (NARAS) announced that it had decided to reduce the quantity of Grammy categories from 109 to 78. Among several changes, the Latin Jazz category (which Palmieri had been instrumental in establishing) would be absorbed by Jazz, which means a Latin jazz artist now has to compete against Pat Metheny or the Marsalis Brothers, for example. Closer to home, the Tejano category was absorbed by the new “Regional Mexican or Tejano” category (Sunny Sauceda or Los Texmaniacs must now compete against Vicente Fernández; good luck). According to NARAS officials, the changes are being made “to assure that the competition is fair and consistent across all musical genres.”

“What went through my mind when I found out?” asked Palmieri on the phone from New York. “I thought the French had gotten rid of the guillotine. Because they just cut everything off without letting anyone know. The way they did it was terrible. It was preconceived for the last two or three years and at the last minute they announced that they were going to 12 states that they had chapters in to explain why they did it. Nobody consulted me about getting rid of the category. They were applauding as we slept.”

For Palmieri, there is no point in starting a new fight to re-introduce the Latin Jazz category. “That’s not going to happen,” he said. “They already made their decision. They cut it out. And it’s fruitless to try to go into any discussion on that. To me, [both the Grammy and the Latin Grammy] are hit parades. [It shouldn’t be about] who sells the most records. It should be about who makes the best recording in their genre, and they took that away. It’s very sad.”

Palmieri brings his 11-piece La Perfecta 2 band to San Antonio, named in honor of his legendary La Perfecta orchestra he started in 1961. And on August 31 he’ll release a video performance filmed several years ago celebrating his 50th year in the music business. “It was about four or five years ago in a concert in Connecticut,” Palmieri said. “The only problem is that, mathematically I do not know how it works out. It says my 50th year and I’m only 24 now.”

While I was wondering what the heck he meant, he went on to describe a system perfected by legendary Cuban trumpeter ‘Chocolate’ Armenteros.

And I could imagine his infectious smile returning. •