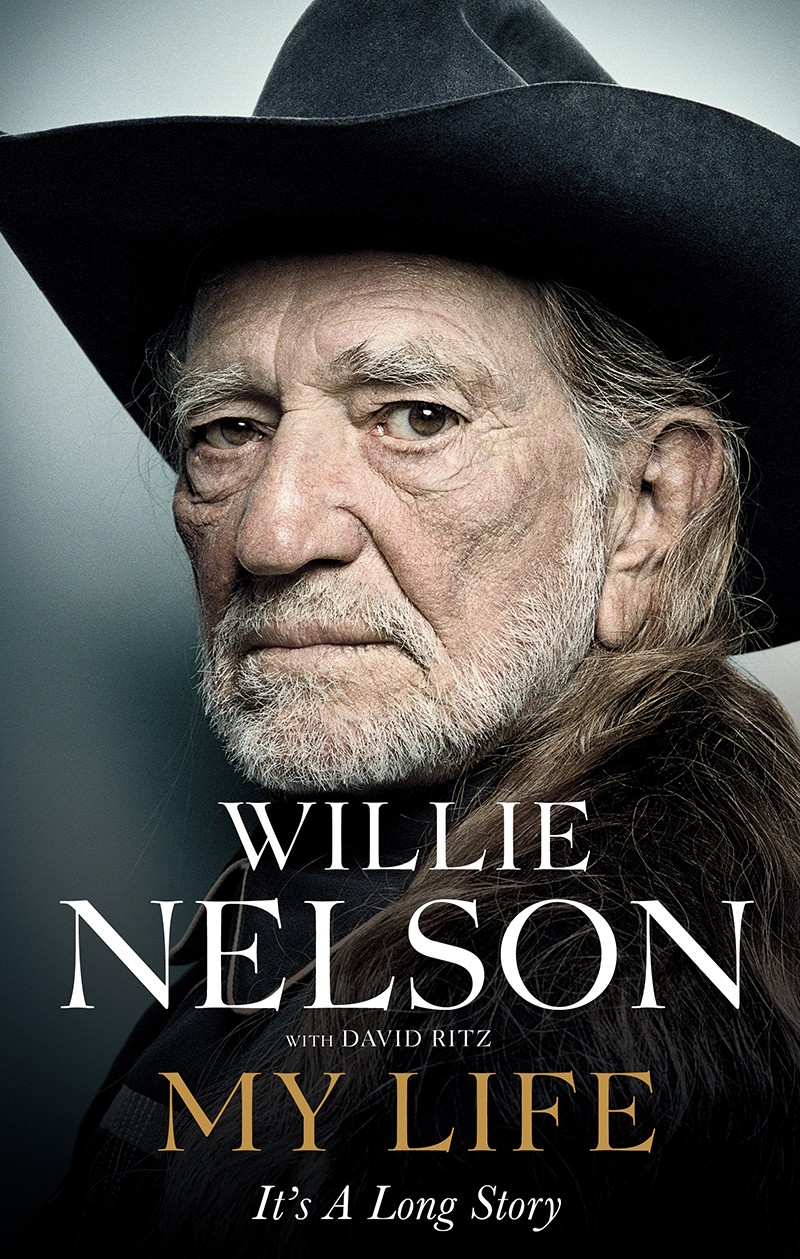 Willie Hugh Nelson, known by the whole world simply as Willie (or The Red- Headed Stranger, if you have a flair for the dramatic), was born in the tiny north Texas town of Abbott. At 7, he started writing poems and shortly thereafter, as he learned to play guitar, he started setting poems to music.

Long before he penned classic country radio hits like "Crazy," or helped define the outlaw country movement of the '70s, or created the Farm Aid benefit concert, or championed marijuana legalization, or wore a hole in his trusty guitar Trigger, or got screwed by the IRS, or received the Lifetime Achievement Grammy, Nelson was instinctually writing songs as a way of expressing himself and of telling stories he deemed important.

His latest book, It's a Long Story: My Life, is really just a natural extension of these instincts towards self-expression and storytelling. Billed as the definitive Willie Nelson autobiography — perhaps to distinguish it from earlier, less complete attempts — Long Story thrives on the basis of two factors: Nelson's short sentences, chalk-full of his deadpan wit and the larger-than-life tales he shares.

Nelson, 82, spins humorous yarns and tales of palling around with famous buddies like Waylon Jennings, Bob Dylan, Johnny Cash, Merle Haggard and even President Jimmy Carter. Also here, however, are heartbreaking stories of familial strife, addiction and remorse — though rarely ever regret.

Nelson's story, as he delivers it in Long Story, is wrapped up in the progression of American culture in the 20th century. He quotes Whitman on contradiction, advocates for gay rights, remembers helping Charley Pride break down color barriers in country music, details "bitch slapping" his daughter's abusive boyfriend and tells about how it could easily have been him instead of The Big Bopper in that plane the day the music died. Through these stories and liberal plugs of quotations from his songs, Nelson unravels himself, but he also tells a story about all of us.

Nelson's sage and easy-going spin on these various yarns, and the morals he offers up in his summations, are endearing and entertaining. The true Williehead will likely find no particularly new factual information here, but fans and initiates alike, as well as those with an interest in popular music history, will nevertheless find it essential reading.