In a talk radio interview, Perry also said he still doesn't remember the night of the accident and that he hasn't apologized to the person he hit. 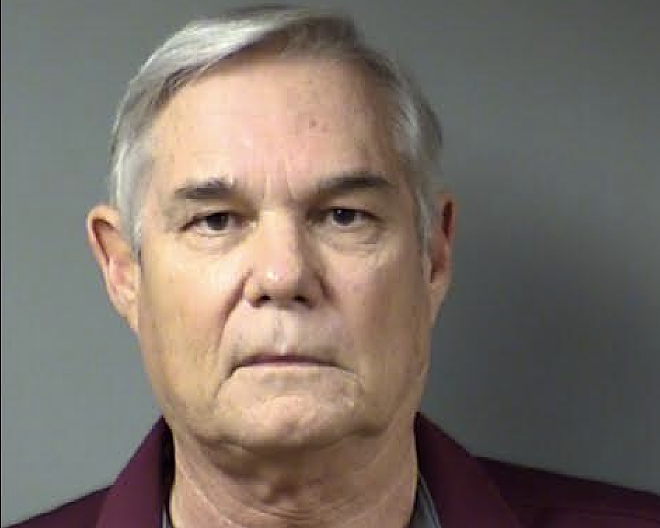 Courtesy Photo / Bexar County Sheriff's Office
District 10 San Antonio City Councilman Clayton Perry was stripped of his committee assignments on Tuesday after announcing his intention to take a leave of absence.
A day after San Antonio City Council voted to grant him a sabbatical rather than ask him to resign, Councilman Clayton Perry told radio station KTSA the body had no authority to tell him to step down.

"It really isn't up to the city council to tell me to resign or get off council," Perry — council's most conservative member — said to right-wing talk show host Trey Ware on Tuesday. "It's really up to those who elected me in the first place."

During a Monday emergency meeting, council was poised to vote whether to ask Perry to resign after he was charged with leaving the scene of a car crash. San Antonio police have also said they plan to file driving while intoxicated charges against the District 10 councilman.

However, after an apology by Perry, eight of his colleagues voted to grant him a leave of absence rather than ask him to quit. Mayor Ron Nirenberg cast the sole council vote against backpedaling on the original plan. They mayor also stripped Perry of all of his committee assignments on Tuesday, according to the Express-News.

Perry has declined multiple requests from the Current for comment on the crash and his future plans.

During the KTSA interview, Perry told Ware he plans to spend his sabbatical making "appointments" with specialists and getting "evaluated." However, he didn't elaborate on what he's being evaluated for.

"I am very appreciative to Councilman Manny Pelaez," Perry said. "He saw me and said 'Hey, look, this guy is sorry, he knows what he did, he's gonna go out and do whatever is necessary to get straight, and let's take that out of this resolution."

The councilman also told Ware he hasn't yet apologized to the occupants of the car he struck because he didn't have their contact information.  However, the alleged victim's name is included in Perry's arrest affidavit.

SAPD body cam footage shows an officer interviewing a stumbling and incoherent Perry shortly after the Nov. 6 collision. Witnesses who encountered Perry earlier that night also told police that he appeared to be severely intoxicated, according to the arrest affidavit.

Even so, Perry told Ware he doesn't remember that evening but assured the host he was going to find out what happened.

"That's the big question is what happened," the councilman said. "This is far from over, and we're gonna be looking at everything to find out what in the heck happened here and what went on."

During the interview, Perry didn't say where he'd been before the accident or whether he had been drinking. However, he added that he's going to "go back and retrace all this stuff."

The city launched an application to fill Perry's temporarily vacant seat on Monday. The application process will close Nov. 28.