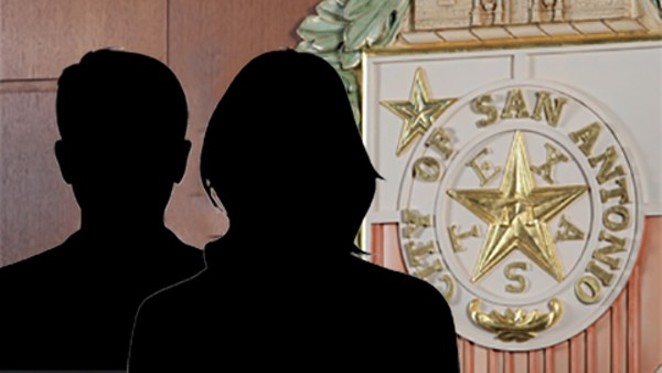 Creative Commons
Granted the immediacy of the May 9 city election, a number of local institutions have plotted a sizable crop of mayoral forums in the following weeks.

The purpose of these events is to foster dialog amongst candidates on a variety of general issues, as well as addressing certain facets of San Antonio’s diverse population specifically — including artists, students and members of the LGBT community.

While the election itself is structured as a nonpartisan blanket primary — meaning all candidates participate in a single race integrating political parties — Democrats and Republicans alike are hosting forums for discussion relevant to each group's unique concerns.

On Saturday, April 4, the North East Bexar County Democrats will ask State Representative Mike Villarreal “how we can make San Antonio a city of opportunity for everyone” at the Tripoint YMCA (3233 N St Mary's St.) between the hours of 11:30 a.m. and 1 p.m. By contrast, a Mayoral Debate spearheaded by the Grand Old Party is slated for 7 p.m. on Thursday, April 9, at the San Antonio Firefighters Banquet Hall (8925 I-10 W.). Sponsored by the Republican Men's Club of Bexar County, Bexar County Republican Women and the San Antonio Tea Party, this forum is anticipated to cover topics such as city services and public safety.

Beyond subjects affiliated with partisan organizations, mayoral candidates will also bring to light their stances on matters associated with local nonprofits at the Forum on Nonprofit Impact in San Antonio. Hosted by the San Antonio Nonprofit Council in conjunction with the Clarity Child Guidance Center at the Whitley Theology Center (285 Oblate Dr.), Mike Villarreal, Leticia Van de Putte, Tommy Adkission and Ivy Taylor will join a discourse on the repercussions of budget cuts at all levels of government on nonprofits. Evan Smith, Editor-in-Chief and CEO of The Texas Tribune, is designated to moderate this special event on at 2 p.m. on Tuesday, April 7.

These four candidates also have confirmed their involvement in Change the Vote, a “discussion on arts as an economic engine to revitalize San Antonio” scheduled for Monday, April 27 at the Tobin Center for the Performing Arts (100 Auditorium Cir.) at 7:30 p.m. Additionally, the four have arranged to partake in a forum presented by the San Antonio LULAC Council in partnership with MOVE San Antonio and the Pride Center of San Antonio, which will be held at the San Antonio Area Foundation (303 Pearl Pkwy.) at 6:30 p.m. on Tuesday, April 28. This forum is expected to feature questions targeting the LGBT population of San Antonio and youthful voters, a sector heavily involved in several other platforms for discussion.

For instance, a student-centered forum produced by Trinity University (1 Trinity Pl.) will take place on Monday, April 6, at 6 p.m. The Rivard Report and Overland Partners have also organized an event at the Pearl Stable (307 Pearl Pkwy.) geared largely towards an audience of young professionals, Pints & Politics II. The forum asks readers to help generate an agenda—which may consist of issues like ride-share, gentrification and homelessness depending on the audience’s turnout on Tuesday, April 14th, at 7 p.m.

While this myriad of forums and debates may seem overwhelming, any one of these opportunities could lead to an informed decision come May 9. Indeed, there is a chance for everyone to learn about San Antonio’s political forecast, regardless of a given voter’s personal priorities.