A&M-SA slow to respond to threats made in Tower of Hope debacle, Sissy Bradford charges 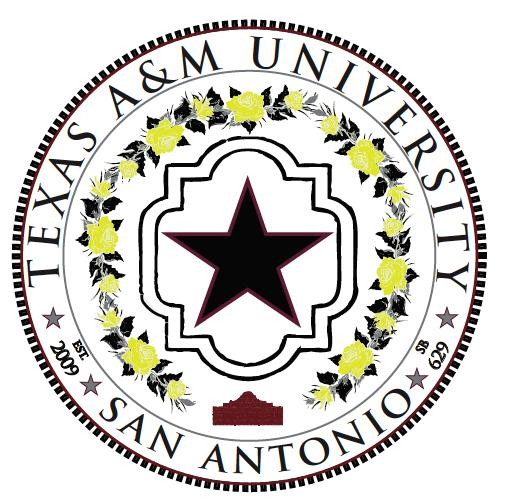 With the school year winding down, there's one lesser-heard story from Texas A&M-SA's “tower fight” that still deserves an airing. And it hinges on the experience of adjunct criminology professor Sissy Bradford, who challenged the constitutionality of placing crosses on the Tower of Hope at the entrance to Texas A&M-SA. While the short-lived conflict was well-covered in the press, what was not touched upon was the zealous blowback and abuse Bradford received for taking her unpopular stand, including the receipt of threatening emails messages and unnerving letters (and at least one Christmas card reading simply “Hope I am the first”).

Bradford knew her complaint that a religious symbol should not adorn the entrance to a publicly funded campus would rub some the wrong way, but it was a complaint that found fast support from groups like Americans United and the tower owner (VTLM Group, a private developer that hoped to turn the property over to the city) quickly removed the crosses in mid-November. In its short life, the debate generated heated exchanges on both sides, but by far the worst of it came from cross supporters with Bradford in their sights.

On November 27 Bradford received an email that asked: “As a professor, do you have the right to live?” before the author rambled on to describe Bradford being sealed in a coffin with a cross inside of it. “After that you will reign with your father satan,” the message continued, before suggesting that she should — of all things — wed Iranian President Mahmoud Ahmadinejad. On top of the hateful emails, Bradford was waylaid on campus by a local TV news film crew (aided by one of her students, who she said was interning at the station). She began to feel not very safe on campus. But don't look for signs of her distress in campus police filings dating back to November. While she showed up to report the harassment, officers at the University Police Department refused to take her statements, she told the Current.

Weeks went by. Students took to walking her to class and to her car, she said, since campus security was not available. Her request for access to an office for adjunct faculty, Bradford said, was refused by the administration. (Marilu A. Reyna, associate vice president for university communications, offered only that the university does not comment on “personnel matters.”)

After taking her complaint higher up to A&M at College Station, Bradford said she was finally able to file a statement with UPD on December 5. In a two-page Voluntary Statement, she states, “I am being stalked & harassed & threatened by student(s) & community members because I am not a Christian. There exists a clear & prolonged pattern of unwanted communication, contact, threats, & invasion of privacy.”

UPD's Sergeant Roberto Lopez told the Current a case was opened into Bradford's complaint and since closed, however an open records request would be needed to access a copy of it, he said. The Current filed a public information request for the report and related paperwork on May 9, but has still not received the material (state open records law states that requested materials should be produced immediately, but allows 10 working days to either comply fully or appeal to the Texas Attorney General's office).

Meanwhile, other students appear to have shared in Bradford's harassment, as well. When Kirsten Verdi (who graduated from A&M-SA in December with a degree in psychology) spoke up in Bradford's defense in one class she said she was told by a fellow student simply, “You need to be beaten.”

Message boards filled up with unflattering comments about Bradford. An Examiner blog went up on the subject (and was subsequently taken down by the author) sharing personal information culled from Bradford's Facebook page. “It got so bad that I complained over and over again,” said Verdi. “Call me hypersensitive or whatever, but it got to the point that I was afraid to go to my own graduation in December because of some of the statements people made. Maybe I took it too much to heart because I felt like I was being attacked as well indirectly.”

While the Express-News editorial board defended the crosses, given the experience of Bradford and others, it's hard not to agree with the editorial's conclusion that praises the prompt response by the VTLM Group, writing: “It is probably for the best, because the quick action served to defuse the situation before it could get more heated.”

Given how commonly those who complain about such church-state are targeted, it would seem UPD would be even more vigilant.

“Individuals who raise these concerns often are the target of a backlash in their community,” said Heather Weaver, staff attorney with the American Civil Liberties Union's program on the freedom of religion. “That's why many of the plaintiffs sue anonymously. Across the country they face extreme vitriol from certain segments of the community: threats, instances where houses have been fire-bombed, certainly many harassing remarks are made, death threats.

“The school has an obligation to treat [Bradford's] claim for investigation or request for protection in the same manner that it would treat [anyone else],” Weaver added. “To refuse that request based upon the fact that she complained about these crosses is just wholly improper.”

But for those still squinting their eyes for signs of the Antichrist in Bradford, you won't want to hear the message of her former student Linda Rodriguez. After a fellow sociology student at Northeast Lakeview College killed themselves in 2010, professor Bradford joined two teary students in the restroom to offer comfort — and then (despite not sharing their faith) joined them both in prayer. When Rodriguez heard all the things being said about Bradford at A&M-SA last fall, she said she cried all over again. “I really did break down and cry because she is a really, really extraordinary lady.”

The day this blog went up, Bradford was informed that she will not be teaching any of the four classes she had been scheduled to teach at Texas A&M-SA in the fall.

An email dated May 16 addressed to Bradford from William Bush, interim head of the School of Arts and Sciences, reads:

I’m writing to inform you that the School of Arts and Sciences will not be able to offer you any classes in the fall semester.

If you wish to discuss this matter further, please submit a written request to Dr. Brent Snow, Provost and VP for Academic Affairs.

Please note that he will be traveling abroad until Tuesday, May 29.