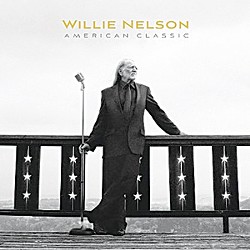 
The last time Nelson recorded the American Songbook, it was on 1978’s Stardust. It not only got there years before Rod Stewart and other reformed rockers tackled the same material, but it also stands as a genre standard, a work of casual elegance by an artist who’s made a career out of exploring American music in all of its complex shades. Stardust is also Nelson’s greatest singular achievement. This sequel is more polished than its predecessor, with jazz producer Tommy LiPuma replacing Stardust producer Booker T. Jones’s more soulful interpretations of songs your grandma and grandpa used to get busy to back in the day. But American Classic has such easygoing charm, it’s easy to overlook its flaws (duets with Diana Krall and Norah Jones, a jazzy take on “Always on My Mind,” one of Nelson’s few pop hits). Nelson’s unfussy readings of “The Nearness of You,” “Fly Me to the Moon,” and “Come Rain or Shine” may not replace beloved versions by Frank Sinatra or Ray Charles, but his acquaintance with and respect for these classics is evident.