The Tribune and a host of news organizations are seeking records related to a January raid on U.S. Rep. Henry Cuellar’s Laredo home. 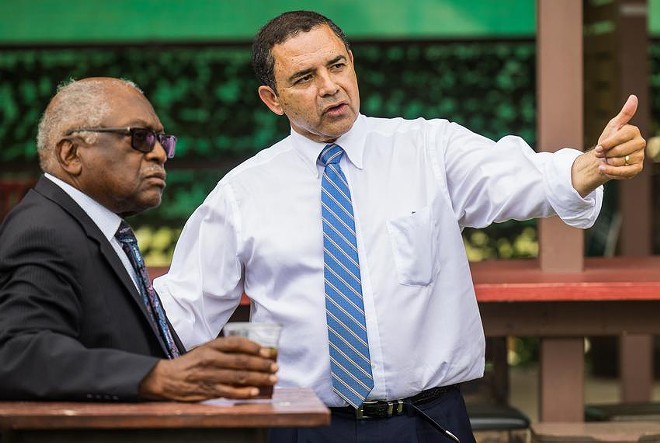 The raid was a remarkable move by the executive branch on a sitting lawmaker given the search’s proximity to Cuellar’s competitive March 1 primary. The details of the raid have not been officially released, but Cuellar’s attorney, Joshua Berman, has said that the congressman is not the target of a federal investigation. Cuellar has also said that the raid will show he has done no wrong.

Shortly after the raid, ABC News reported that a grand jury sought records related to Cuellar, his wife and one of his campaign staffers over connections to Azerbaijan. Cuellar is a member of the Congressional Azerbaijan Caucus and often speaks out advocating for the oil-rich country. The Associated Press confirmed the report.

“The adequacy (or inadequacy) of the Justice Department’s guidance on taking overt investigative steps close-in-time to an election is a subject of keen public interest and a source of recurring public debate,” the news organizations write in their request.

The Associated Press, Gannett, Gray Media Group and Hearst also signed on to the request, filed in the U.S. District Court of the Southern District of Texas. Gannett and Hearst both operate numerous major Texas newspapers, and Gray Media Group owns Texas television stations including KGNS - Laredo. Lawyers from the Reporters Committee for Freedom of the Press are representing the news organizations for free.