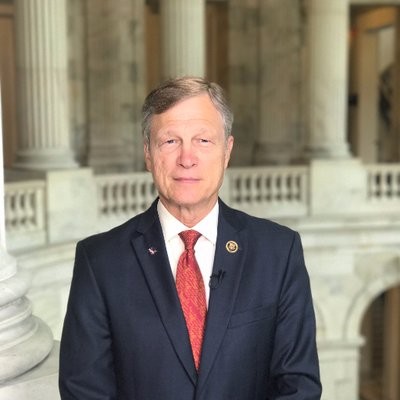 Twitter / Brian Babin
The following is Assclown Alert, a column of opinion, analysis and snark.

Look, we get it. Trump doesn’t like to be criticized, and Republican officials are averse to his Twitter lashings and super-mean nicknames. After all, why risk making yourself a target for a bully and his base?

But there’s a difference between being a coward like, say, Sen. John Cornyn, R-Texas, who bites his tongue every time Trump steamrolls over another Democratic norm, and being the kind of assclown who dishes up praise for the prez’s autocratic moves.

No sirree. Babin sat out the craven clam-up and pledged his fealty with a full-on bootlicking.

Shortly after the presidential pronouncement, he fired off a tweet praising Mango Mussolini’s efforts to monkey-wrench the election and warned us to be wary of those shifty-eyed Democrats.

“My trust is w/ @realDonaldTrump & his legal team to leave no stone unturned. I trust in God, but I don’t trust Dems,” Babin wrote.