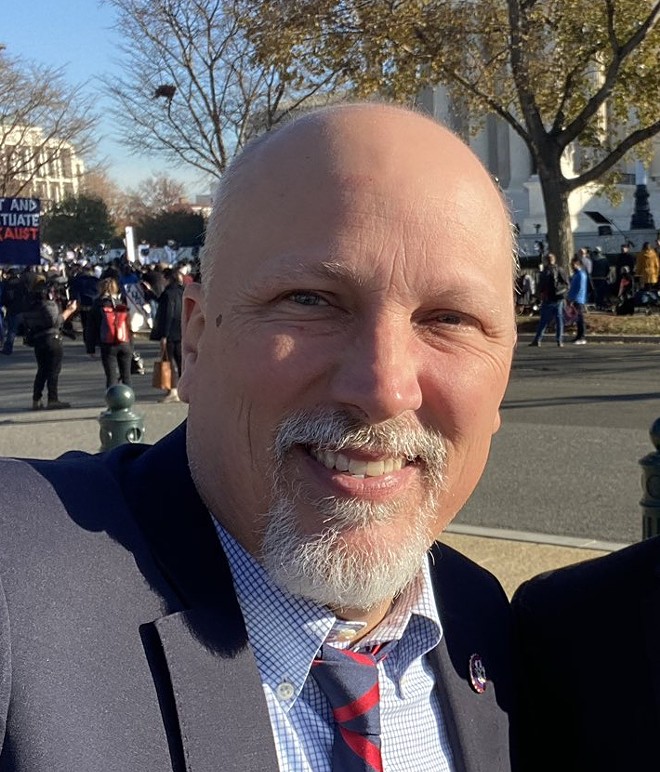 Twitter / Chip Roy
Assclown Alert is a column of opinion, analysis and snark.

Leave it to a career bomb-thrower like U.S. Rep. Chip Roy to engage in baseless bloviation without first conducting the barest excuse for a fact check.

Last week, the two-term Republican — whose district includes a slice of San Antonio — fell for a bullshit conspiracy theory that Canadian Prime Minister Justin Trudeau had fled to the United States because truckers in his country were protesting its vaccine mandates.

In a pair of tweets, an indignant Roy, one of Washington’s loudest COVID deniers, branded Trudeau a “tyrant on the run” and demanded that the U.S. deport the foreign leader so he could “face his own people immediately.”

But, as reported in a CNN fact check, Trudeau wasn’t in the U.S. The news organization also pointed out that Roy’s initial tweet was based on a conspiracy theory shared by an anonymous Twitter account. As evidence of Trudeau’s flight to the states, it reportedly used a photo snapped of him on a 2016 visit.

Adding to the assclownishness of Roy’s tirade, Trudeau held a virtual press conference from his official residence in Canada two hours before the congressman issued his deportation demand.