Back To Waiting Game For Immigrants Hoping For Legalization 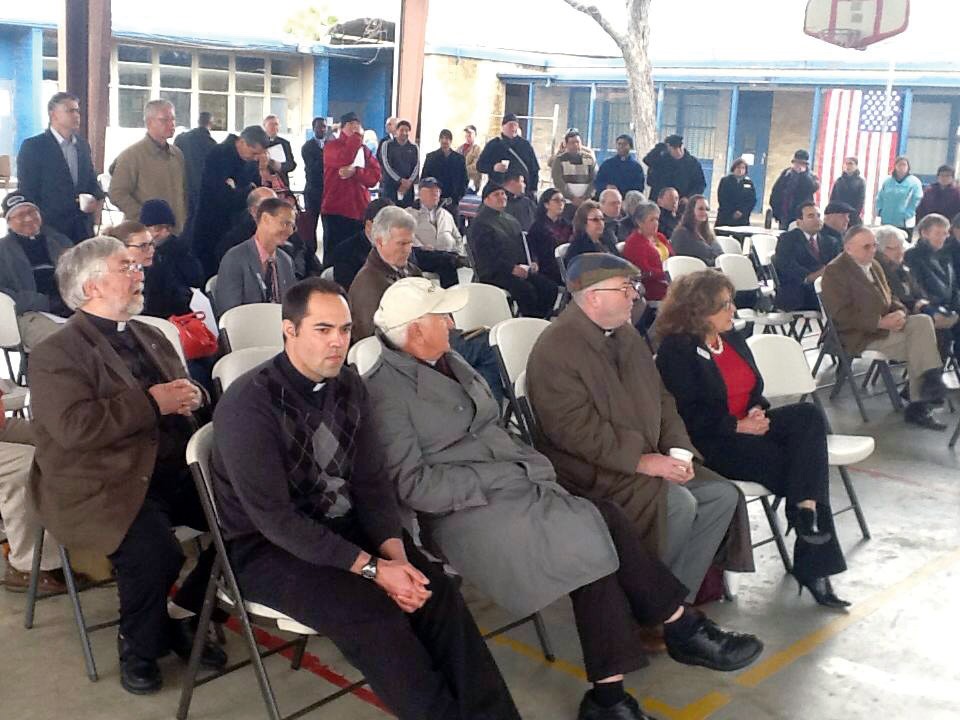 Undocumented immigrants in San Antonio have been relegated to a wait-and-see approach as to their potential future as legal members of American society.

The hiatus to President Obama's legalization push caused by the ruling of a federal judge in Brownsville hasn't stopped advocates from encouraging immigrants to get ready, hopeful the ruling will be lifted on appeal. They're urging immigrants to keep seeking legal advice and gather paperwork for an expanded Deferred Action for Childhood Arrivals program (DACA) and the newly-created Deferred Action for Parents of Americans and Lawful Permanent Residents (DAPA), applications for which would've begun in mid-February and May, respectively, were it not for the injunction.

"There's a lot of things that we're doing," said Evelyn Martinez-Huron, director of legal services for Catholic Charities, a service branch of the Archdiocese of San Antonio. Despite heightened anti-immigration rhetoric from conservative lawmakers, those potentially eligible for expanded protections proposed by President Obama are no longer waiting in the shadows. They seem emboldened by the most realistic chance in years to get right by the system.

"They're not afraid to say anymore they don't have papers," Martinez said. "They're not looking over their shoulder."

President Obama's directive in November expanding DACA and creating DAPA is designed to shield some 5 million undocumented immigrants from deportation. The move raised the ire of conservative lawmakers, who went so far as to wage an unsuccessful attempt to defund the Department of Homeland Security unless the immigration programs were discarded

Obama opponents across the country are now focused on stopping the legalization programs in court, with Texas leading a multi-state coalition. They were successful in getting a temporary stop through the injunction issued by U.S. District Judge Andrew Hanen, a Republican appointee. Obama's fighting back by appealing the ruling.

Immigrant advocates remain confident the appeal will prevail. Mehron Azarmehr, an immigration lawyer with offices in Austin and San Antonio, said it's clear the president is in his legal right.

"When you get to the substance of what was issued, it doesn't take away from the fact of the Constitutional Supremacy Clause," Azarmehr said, referring to the wide federal discretion of which Obama availed himself. "Immigration is one of those areas where the Constitution has given that authority, and in which states are precluded from acting."

Even if the president eventually comes out on top, it won't happen quickly. But advocates don't want the sense of optimism to dissipate and want immigrants to keep applying.

"It was really in response to the family detention centers in Dilley and Karnes City, because we provide services to people there," said Elizabeth Hartman, executive director of the Austin-based agency which provides legal services to detained immigrants in South Texas.

Hartman said there are 96 people on a waiting list for the expanded DACA program. To get the word out on further eligibility, the nonprofit stages informational sessions at schools churches, neighborhood associations — "any gathering more likely to have an immigrant population," she said.

For its part, Catholic Charities in San Antonio leverages its array of communications tools for maximum outreach. In addition to regular gatherings at churches to inform those affected, the group broadcasts a monthly current affairs program on Catholic TV, which lately has been dominated with discussion of DACA/DAPA-related issues.

About 150 people attended a seminar at the Guadalupe Community Center, Martinez said. She added that the agency's doing its part to keep the pressure up and maintain the issue front and center, planning additional shows solely focused on public awareness on DACA/DAPA developments. And there's additional outreach going on in the city's many churches.

"In this community, the immigrant population is so integrated that's is not really an issue for a lot of people and businesses," she said.

That seems a far cry from what's taking place farther north, as close as Austin. The Travis County Sheriff's Office has taken an aggressive role there in weeding out the undocumented under a program dubbed "Secure Communities," instructing local law enforcement officials to hold arrestees for a minimum of 48 hours in jail to allow time for federal immigration agents to process them for deportation.

Since its inception in 2009, the program — now also temporarily suspended pending the outcome of Obama's appeal — has resulted in roughly 5,000 deportations.

At the very least — as they wait to see if they're allowed to continue to live, work and raise their families in their adopted homeland — undocumented immigrants in San Antonio don't share a similar level of anxiety from the rising anti-immigrant backlash, Martinez said.

"People aren't afraid to march and make their voices known," she said. "It's very easy to live in this community, be productive and send children to school and pursue their version of the American Dream."

That resolve is fueled by a desire to enter the fold of American society with the full blessing of the government. "It's a shame there's so many people who are essentially waiting to get on the tax rolls."

Until then, deferred deportation initiatives are mired in the court system while the fate of millions of immigrants hangs in the balance. For them, the quest for the American Dream has become – at least for the time being – a dream deferred.