Abbott blamed the tragedy on Biden's 'open border policy,' but if the borders were open why would anyone smuggle migrants in a tractor-trailer? 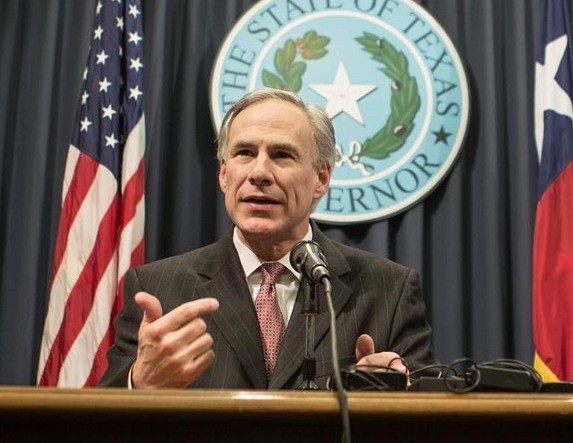 “These deaths are on Biden,” Gov. Greg Abbott tweeted Monday within three hours of 46 migrants found cooked alive in a big rig abandoned in San Antonio.

Whatever happened to Republicans pleading "too soon" after mass casualties?

Last month, at a press conference held the day after 19 children were gunned down in Uvalde, Texas gubernatorial candidate Beto O’Rourke, out of anger or despair or both, shouted at Abbott while he was onstage. “You are doing nothing. You said this was not predictable," the former Democratic congressman said. "This was totally predictable when you choose not to do anything. This is on you.”

O’Rourke was widely criticized in right-wing circles for politicizing a tragedy.

“I can’t believe that you’re a sick son of a bitch that would make this a political issue," the mayor of Uvalde shouted back at O'Rourke in real time.

Do you expect conservatives to cuss out Abbott for his recent accusation in kind? Me neither. Basic moral consistency no longer suits the Republican brand.

In his tweet, Abbott went on to explain that the migrants perished as “a result of Biden’s deadly open border policies.”

As at least a dozen Twitter users immediately pointed out to Abbott, if the nation’s borders were truly open — as they were for the first hundred years of U.S. history — why would it have been necessary to smuggle migrants in a tractor-trailer in the first place?

It’s worth noting just how far the Grand Old Party has fallen in this regard.

During a 1980 debate between then-presidential candidates Ronald Reagan and George H.W. Bush, Reagan asked an audience of GOP primary voters to consider loosening immigration restrictions. “Rather than talking about putting up a fence, why don’t we make it possible for migrants to come here legally with a work permit, and then while they’re working and earning here, they pay taxes here, and when they want to go back, they can go back — and open the border both ways?” he asked.

That stance would place both Republicans presidents in the progressive wing of the Democratic Party today.

In contrast to Abbott’s partisan and punitive approach, O’Rourke struck a Reaganesque tone last night, speaking of the urgent need to “dismantle human smuggling rings and replace them with expanded avenues for legal migration that reflect our values and meet our country’s needs.”

Perhaps in some ways Texas doesn't need to stop being a Red state to make Beto O’Rourke our next governor. We simply need, in the words of Fox News commentator Geraldo Rivera, to not “suspend our humanity” when it comes to horrific yet preventable tragedies that are worth politicizing.