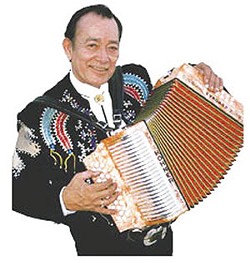 
I defy you to find a better New Year’s Eve concert/party than Flaco Jiménez at Boneshakers. If The Man Himself is not enough for you, his conjunto includes Max Baca on bajo sexto, David Jiménez on drums, Rudy Calderón on bass, and Nunie Rubio on vocals. They’ll play everything from Tex-Mex to country, from pure conjunto to jazzier numbers, from old blues standards to material from newer albums. The $12 ticket gets you to the outdoor grounds, where you can hear Pop Pistol, Piñata Protest, Nicolette Good, and others. Flaco performs from 11 p.m. until just past midnight. The $25 ticket gets you to the indoor VIP area, were Flaco will perform after midnight. Keep in mind that the grounds of Boneshakers have an excellent view of the Tower of the Americas, so you’ll be able to see the fireworks. Too cold? No problem. “We almost always have some firewood, except when we run out,” said John Pérez, a manager/partner at Boneshakers. $12-$25 (advance tickets start at $10), 7pm-midnight, Boneshakers, 116 W. Mitchell, (210) 371-0243, boneshakersonline.com.