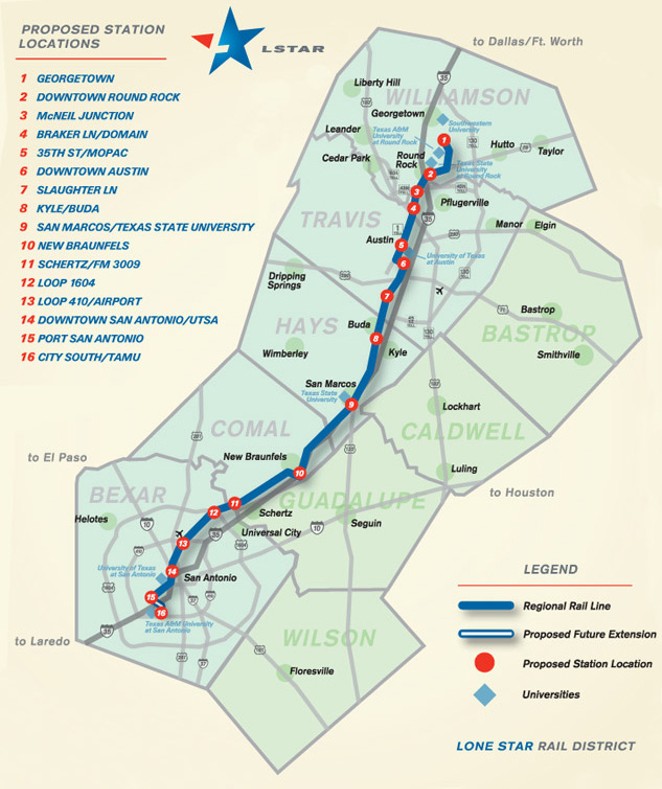 Courtesy
A commuter train that runs between San Antonio and Georgetown would change the face of transportation in South and Central Texas.
Bexar County's $1.7 billion budget that was approved Tuesday includes $500,000 for the Lone Star Rail District.

While the funding received a green light, no agreements are in place yet, according to a county spokesperson.

San Antonio City Council is expected to consider allotting nearly $500,000 from its budget toward the Lone Star Rail District and VIA Metropolitan Transit is considering setting aside $500,000 in its budget for the rail agency as well.

The Lone Star Rail District is working toward the creation of a commuter rail that would run from San Antonio's South Side to Georgetown, Texas, and everywhere in between. The idea is to utilize Union Pacific railways that stretch north, parallel to Interstate 35.

According to a August 12 presentation to City Council, the project would cost $2.4 billion in total. The Lone Star Rail District is trying to secure that funding through private sources and grants.

For more in-depth coverage, pick up the San Antonio Current next Wednesday.