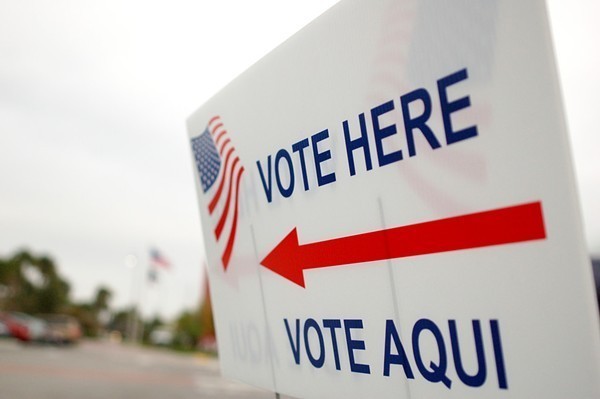 The number of registered voters in Bexar County has never been higher. At 1,036,547, that’s around 118,000 more people than those registered in 2012, the last presidential election year.

The trend isn’t unique to Bexar residents — the Secretary of State office’s reported an uptick in registration across the state, contributing to the record-breaking total of 15 million registered voters in Texas. But those who helped register voters in Bexar County, the state’s most populated county with a Latino majority, say the region’s Latino population may be largely responsible for pushing local — and state—registration numbers to record level.


“We saw a huge surge at the beginning of the year of people wanting to become a citizen just so they could vote,” said Selene Gomez, the San Antonio coordinator for Mi Familia Vota. “They realize it’s important. People want to see somebody elected who respects their families. They see it’s their civic duty.”


This surge in Latino voters shouldn’t be surprising—when a presidential candidate paints your community as being filled with “murderers” and "rapists,” it might be common sense to makes sure he doesn’t win—but many political pundits predicted a mediocre turnout. Bexar County may prove them wrong.


Local attorneys have reported a similar rise in local citizenship rates. Lance Curtright, a San Antonio immigration attorney, told KENS5 he’s seen at least 1,000 more applicants for citizenship come through his door than last year—and most of them were Latino.

With Mi Familia Vota, a national organization that helps register Latino and immigrant communities, Gomez helped immigrants and undocumented residents move through the often-confusing steps to obtain a voter ID card. Many, she said, came to her with flawed—and straight-up incorrect—ideas about the voting system. Living in a state with some of the most draconian voter ID laws, it’s hard to blame them.


“A lot of people think registering to vote will take a whole lot longer than it does, and require a ton of paperwork,” Gomez said. “Some think it’ll put them in the jury duty pool, which people don’t want.”


And that’s just registering to vote. Gomez said that the actual act of voting is sometimes more confusing and frightening than becoming an eligible voter. Many worry they’ll bring the wrong ID, not be able to understand the language, stand in the wrong line—the laundry list of anxieties may keep many from following through on election day.


That’s why Gomez has a step-by-step guide to everything a new voter should expect on election day.


“I like to tell them: It will take longer to park your car than to vote,” she said.


Samantha Gordano, who orchestrated the San Antonio Public Library’s campaign to register voters, said she saw a significant rise in Latino voters come to the library asking to register. Some even asked if they could vote on the spot.


Gordano said she saw trends in when people showed up—notably, the day after a presidential debate.


“They’d come in and say ‘I need to sign up, immediately,'” said Gordano. “I’d like to say the increase in voters is because of the work I do, but I think it’s definitely due to what we’re voting on this election.”

"People are coming out who've never voted, or haven't re-registered in years," she said. "But if they'll follow through on election day...that's a different story."