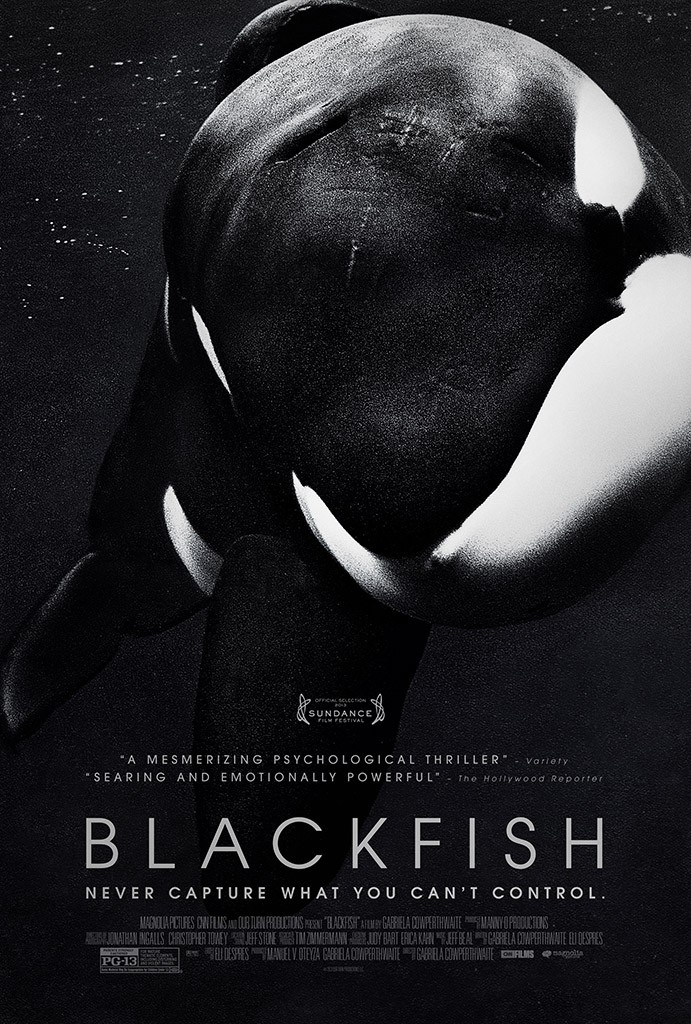 "Just a couple of weeks ago, on July 19, Magnolia Pictures released a documentary film called "Blackfish" that puts SeaWorld in the hot seat. It’s a detailed exploration of the events and aftermath related to the 2010 death of SeaWorld Orlando trainer Dawn Brancheau, who was killed by a wild-caught killer whale named Tilikum. The massive whale pulled her underwater and battered her body during a normally lighthearted Dine with Shamu show. A horrified audience and her helpless coworkers witnessed the whole tragedy. Three years later, the publicly traded theme park giant is still battling with the Occupational Safety and Health Administration over citations and fines related to the incident—OSHA says the park willfully puts its trainers in harm's way on a regular basis. SeaWorld insists that safety is its first priority. "Blackfish" challenges that assertion." -Erin Sullivan, "Can Captivity Kill?: New documentary targets SeaWorld," available in full in tomorrow's Current.

To complement our 8/7 cover story on buzzy doc Blackfish, we've rounded up a collection of Current blogs and articles about San Antonio's own SeaWorld. Click around below for the scoop on everything from beluga deaths to the story of how SeaWorld came to San Antonio in the first place.

"The Cove Sheds Light on the Japanese Dolphin Slaughter and Revisits Seaworld’s Past Sins" By Justin Strout, August 2009

"So Wrong, But Thanks For All The Fish: A SeaWorld Ethics Primer" By Jeffrey Wright,  April 2010

Are you a SeaWorld fan? Do you plan on catching this doc when it opens at The Bijou August 9? Let us know in the comments section below.