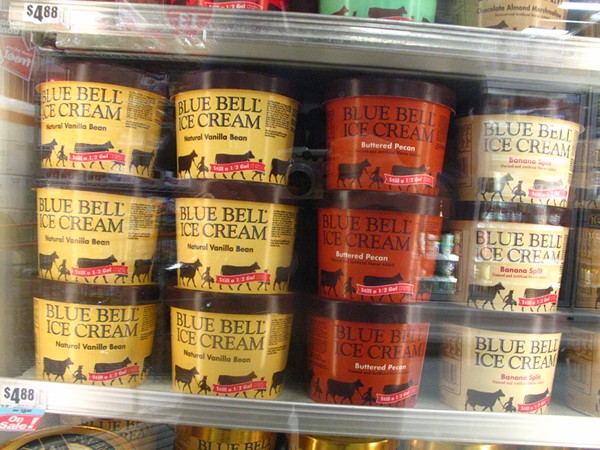 Put the Blue Bell Banana Pudding Ice Cream pints down and walk away.

Blue Bell Creameries announced Tuesday that it is expanding its recall to include the banana pudding flavor, which tested positive for Listeria monocytogenes, along with other products manufactured on the same line in the Broken Arrow, Oklahoma facility.

According to Blue Bell, the products have the potential to be contaminated with the organism that sometimes causes fatal infections in young children, the elderly and those with weakened immune systems. Healthy people face high fever, severe headaches, stiffness, nausea, abdominal pain and diarrhea and the organism can cause miscarriages and stillbirths. Blue Bell says no illnesses have been confirmed yet.

Products are being recalled from 23 states, including Texas.

Here's a timeline of the recalls provided by Blue Bell:

On April 4, 2015, out of an abundance of caution, Blue Bell began working with retail outlets to remove all products produced in Broken Arrow, Okla., from their service area. These products are identified with a code date ending in O, P, Q, R, S or T located on the bottom of the carton and they are a part of the voluntary market withdrawal.

On April 7, 2015, the U.S. Food and Drug Administration notified Blue Bell that the Banana Pudding Ice Cream pint tested positive for Listeria monocytogenes. This pint was produced in the Broken Arrow, Okla., plant on February 12, 2015. Subsequently Blue Bell is recalling all products made on that one particular production line, from February 12, 2015 – March 27, 2015. These products were produced on that same line and have a code date ending in either S or T.