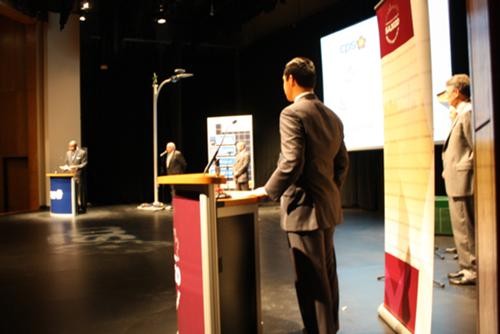 In was a spectacle that we at the Current will be digesting for quite some time, but it can be said that whatever we knew about Mission Verde is now owned by Mayor Julián Castro. With the roll-out of new-energy partners, several of which have committed to locating their headquarters here, and the announcement of the early closure (2018, but still 15 years ahead of schedule) of the Deely coal plant, as well as a new solar commitment of 30 megawatts, folks across the UTSA campus where Monday's presser was held were repeating the mantra: "It's a great day to be in San Antonio."

Here are Castro's introductory remarks, including his first public commitment to strive to make San Antonio "the" epicenter of the new energy economy in the United States.