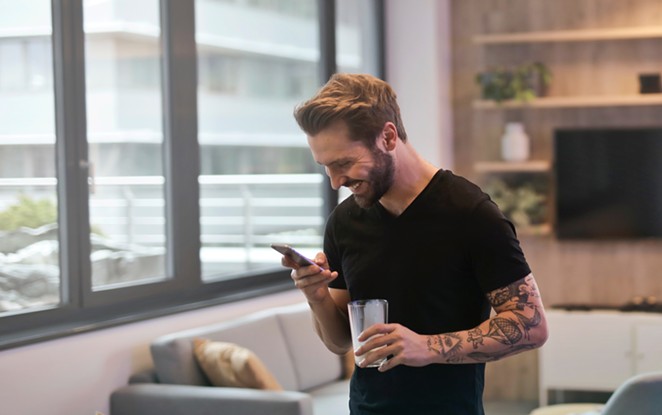 If we can believe Unacast, a company that collects and analyzes smartphone GPS location data, both are doing a pretty good job.

On Tuesday, Unacast unveiled its Social Distancing Scoreboard, which gives county-by-county grades to show which residents are changing their distancing behavior amid the pandemic. The database tracks reductions in the distance people travel to show whether we're hunkering down at home.

Both Bexar Country and the entire Lone Star State earned "A" ratings from Unacast, meaning they're among the top areas in the country in reducing travel since the outbreak hit the U.S. on February 28. Bexar residents' travel distance is down 51% since then, while Texans overall have cut their distance by 43%.

Screenshot / Unacast "Social Distancing Scoreboard"
The blue-green counties in this Texas map are ones where people have significantly reduced travel distances. The orange ones are where travel distances have actually gone up.

But let's not throw our ten-gallon hats into the air in celebration quite yet.

That kind of caution isn't evident everywhere in the Lone Star State. In parts of West Texas and the Panhandle, distance isn't down by much at all. In fact, it's up in some counties. West Texas' Jeff Davis County, for example, earned an "F" rating because travel distances jumped by 60%.

The "A" rating puts Bexar and Texas in the same category with the East Coast and California, which have already reported significantly more COVID-19 cases. The District of Columbia, Alaska and Nevada have cut travel the most, according to the data. 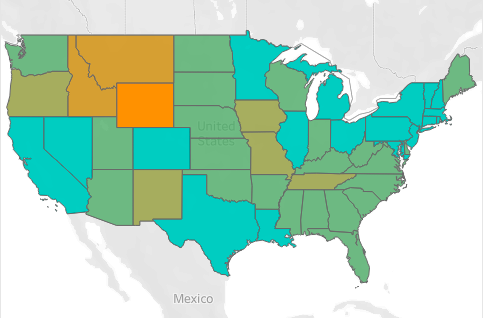 Screenshot / Unacast "Social Distancing Scoreboard"
And the worst states? In order, those are Wyoming, Montana, Idaho, New Mexico and Oregon. We know you folks have a lot of open territory, but chill. Please.

After parsing through Unacast's data, we're not sure whether to be heartened by the fact so many San Antonians seem to be playing it safe or kinda terrified that our cell phones give away so much information about us.