As this year’s council races start to rev up, some parts of the city have a chance to push the bar younger. Among the 10 contested City Council races, six districts have candidates under 30, one a sitting council member vying for his second term, and another, should he win at just 19 years old, would help oversee the city’s $2.3 billion budget before even having his first legal drink. These young’uns are set to run against a swath of many older candidates claiming the experience that comes with age better suits them to lead. Seven out of 10 races have retirees on the ballot.

A council seat is, essentially, unpaid with council members earning about $20 a week, making San Antonio’s governing body the lowest paid (by far) of any large U.S. city, according to a recent Pew Charitable Trusts study. Council members in Houston and Dallas, for instance, make about $55,000 and $37,000 per year, respectively. And there have long been grumblings that San Antonio’s low-paid part-time council may by design exclude the working class from seeking office.

With that in mind, state Representative Lyle Larson, R-San Antonio, filed two rather touchy provisions in the Texas Lege to target what he sees as a growing disparity in pay in public office. One would cap public officials’ salaries, except the judiciary, commensurate to that of public school teachers — about $40,000 to $50,000, he said. The other, more contentious measure would set the stage for a city-county government consolidation, Larson said, claiming our current system is redundant and rife with gross inefficiencies. Both proposals, Larson remarked, were influenced by his time spent as both an SA council member and Bexar County commissioner.

“I think you can ask anybody that served on council and as a commissioner, and I can assure you they would say the people on city council work a lot harder than the people on commissioner’s court, there’s no doubt. … So why do you have one making about $100,000 a year and one being paid $20 a week?” Larson asked, adding he’d like to see members of a joint city-county government earn between $20,000 and $30,000 a year, enough to supplement time away from work and home.

St. Mary’s University political science professor Steven Neiheisel fears San Antonio’s system has limited the potential pool of candidates. “Only those with independent means, generally speaking, are able to serve, and what that means is maybe we don’t get as broad of representation as we might otherwise get.”

Neiheisel said the pay structure leaves the field largely limited to the retired, small-business owners, lawyers, and the occasional young person with little financial responsibility. Out of the 33 council candidate filings for this year, at least half fit that description. Others on the ballot include college lecturers, part-time students, and consultants. One, 24-year-old District 4 hopeful Rey Saldaña, proudly acknowledged he still lives with his parents, and admitted he’d have to think hard about running again in the future if and when kids, family, and career start to demand more of his time.

“You’re going to get young people who don’t need a large enough income to support a family, or some who may even still live with family. And retirees, they’ve got the income and the time to run,” said Neiheisel. “What that cuts out is a large chunk of people with certain kinds of jobs that aren’t flexible.

“Your average worker in middle management at any given company would not have the flexible time.”

In the race for District 1, likely to be the most closely watched this year, the crop of strong candidates largely fit the mold mentioned by Neiheisel: a young business-owner, a retired public worker, a lawyer, and a high-level consultant.

Chris Forbrich, who at 27 owns his own IT firm in King William, proudly says he’s been campaigning since 2008 when he lost to incumbent Mary Alice Cisneros who terms out this year. Forbrich is also quick to tout the fact that he gained close to 40 percent of the vote last time around — no small feat for a newcomer up against a Cisneros.

Forbrich rattles off a laundry list of priorities for the district with ease, a sure sign he’s been at this for a while. Among his many goals, Forbrich intends to develop a community-resource kit he can push out into the neighborhoods, complete with information regarding CPS/SAWS rebate programs, animal control contacts, and senior services info. Forbrich is also still surveying the district’s most glaring infrastructure issues, eyeing what repairs fresh money from a 2012 bond could fund.

On the opposite end of the age spectrum stands Ralph Medina, 55, a lifelong District 1 family man and retired SA Fire Department district chief. Medina, once president of the Tobin Hill Community Association, is at his best when discussing public safety in the district, given his decades of experience with SAFD. He speaks fervently of expanding services to seniors in the district, insisting his age, experience, and the amount of time he could commit to the council seat should put him ahead in the race.

“This would be the first time I’ve only had one job. This would be something I could truly concentrate on and put a lot of effort into,” Medina said.

While Forbrich is soft-spoken and careful with his words, he threw the first punch early in this year’s race, calling out opponent Carolyn Kelley for taking illegal corporate campaign contributions. Days after issuing a press release calling for her to give the money back and report the violation to the authorities, Kelley told the Express-News it was an innocent mistake, and blamed the confusion on the Citizens United Supreme Court decision that opened up political campaigns to more corporate donations.

Kelley, 53, is a senior fundraising consultant with the Hodge Group, a consulting firm primarily for non-profits. Kelley, the newest candidate to the district, hopes to use her connection to the business community and experience as president of the Tobin Hill Community Association to set her apart.

While the downtown district race is primed to be the most heated, recent census figures don’t paint a pretty picture for District 1. Though San Antonio grew overall to 1.7 million people over the past decade, census data shows people flooding out of the downtown area — particularly startling given the district is the stomping grounds for the most of the city’s art and music activity.

And perhaps more than any other District 1 hopeful, Diego Bernal has become the magnet candidate for many of the young and arts-minded in the community.

Though nearly graying at 34, Bernal is probably best known for his role as a local DJ with two Exponential Records’ releases under his belt. Bernal has quickly drummed up support by highlighting his work not only in the arts community but also by touting his role as an advocate for social justice — something that resonates loudly in the district.

Bernal, now a civil rights attorney, said he shunned $175,000-plus corporate law salaries in favor of a “life of advocacy” and a position with the Mexican American Legal Defense Educational Fund (MALDEF). Throughout his 20s, while earning a law degree from the University of Michigan, Bernal worked to help find skills training and jobs for ex-gang members and ex-cons in southwest Detroit.

Bernal said his goal for the district is to “improve without gentrifying” through expected mechanisms like increased police and firefighter presence, amped-up efforts to fix street and drainage problems, and encouraging local businesses to pursue government contracting opportunities.

Both Forbrich and Bernal said they want to further market the district to the young, educated, professional crowd, branding District 1 as a place for young citizens, many of them college students, to work, study, and play. Bernal thinks that plan may hinge on one factor: municipal wifi, for which he wants the city to provide incentives to business owners to carry the free service.

“The city sees itself as an ‘arts/special events’ city and not as an ‘arts daily all the time’ city,” Bernal said. “The city … does not recognize how truly deep the talent pool is. If the city makes the art scene attractive to its own citizens, then outsiders will come.”

District 4: Rey Saldana gets a rise 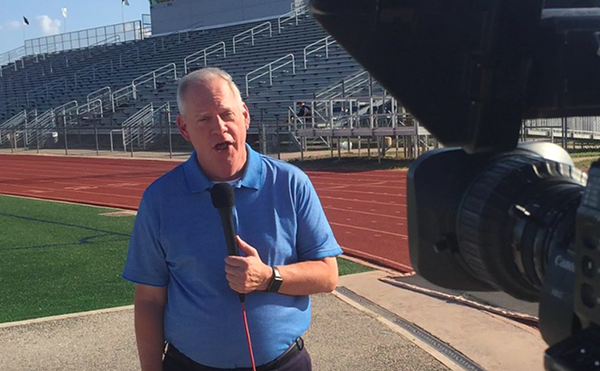