Looks like the rapturous Back-to-Eden movement led by food-production purists like California chef-gourmand Alice Waters and goaded with a cattle prod by Fast Food Nation’s mindful-consumption provocateur Eric Schlosser is no match for agriculture’s common-law marriage to biotech. It’s been a decade since the cloned mammalia named after bosomy Dolly Parton was born: Dolly the Sheep was an identical genetic copy created from the mammary gland of an “anonymous ewe,” as Dolly’s mother/twin was often absurdly called in the snarky press. And now that the FDA has completed its five-year “study” (relying heavily on data sets provided by commercial biotech companies’ labs) on the safety of eating animal products from clones and their offspring, the snarks (myself included) have made their share of Dolly the Garlic-Spiced Lambchop references after the federal regulatory agency gave what amounts to their Grade A stamp of approval right before the curtain closed on 2006.

Admittedly, the seasoned-and-cloned lambchop references are flawed cheap shots, because ever since the FDA’s first crack at a clonal-meat-and-milk risk assessment in 2003, which drew heavily on data from a 2002 National Academy of Science report, the FDA has said lab-dish cattle, swine, goats — created the same way as Dolly — and their natural offspring, produced through the messy birds-and-bees method, are OK to eat.  Call it ironic, but the jury’s still out on whether the original clonal mammal is fit for consumption.

“Due to limited data on sheep clones,” the FDA press release on December 28, 2006, reads, “`the` FDA recommends that sheep clones not be used for human food.”

(Their latest draft-risk assessment still stresses cloned-food safety; but not the interest in cloning as an ethical issue that the FDA report weakly expressed in 2003).

I really thought the rainwater-catching, hemp-clothes-wearing, heirloom-seed and beast-growing micro-local crop advocates pushing traditional breeding and consumption were on the rise after I spent two years orbiting in the same galaxy as science and environmental journalist Michael Pollan, author of The Omnivore’s Dilemma and Botany of Desire: A Plant’s-Eye View of the World, and a professor at my old journalism school in California. Pollan’s the kind of guy who eats wild fish (not mercury-prone farm-raised) and writes about how Wal-Mart is soiling the already-muddied definition of “organic” by trucking in products from far away, essentially coating pesticide-free foods in the fossil fuels it takes to transport them. Pollan based a whole book on hunting his own meals, and the moral and ecological costs of falling underneath the tumbrils of the ag/biotech-industry juggernaut.

“It seemed to me not too much to ask of a meat eater,” Pollan writes in Dilemma, “that at least once in his life he take some direct responsibility for the killing on which his meat-eating depends.”

I never took his science-writing classes (in my conceit, I wanted highly successful writers with homes in the misty Berkeley Hills and bylines in New York magazines to pursue wet-eared me), but from a distance I admired the chord he struck in major metropolitan areas like San Francisco and New York — places with housebound pets and paved-over grubs and grassland — with his call for Americans to rediscover their pastures.

Now here I am in Texas, which is, according to the USDA’s National Agricultural Statistics Service, the land of 230,000 farms spanning 130 million acres, sustaining 14 million cattle and calves, 320,000 milk cows, almost 1 million hogs and pigs … and we’re the home of clonal-science world leader ViaGen, Inc., who, together with Pennsylvania-based Cyagra, claims to have cloned more animals than any other company or academic institution in the world.

The Austin-based, privately held ViaGen led the most extensive swine-meat-composition study to date, cited by the recent FDA assessment and set to be published this month in the science journal Theriogenology. (Hopefully, one of the scientists tasted a slab of clonal boar. Or do lab rats do that?). U.S. News & World Report recently said ViaGen was the company with the most riding on the final FDA approval. But let’s broaden the conversation about ViaGen for a moment, beyond their premier animal cloning and livestock-genetics abilities. What else might such technology be used for?

Wired magazine in 2004 wrote “John Sperling Wants You To Live Forever,” a profile of the founder of the Apollo Group, which brings us online-degree programs through the University of Phoenix. In 1998, Sperling started a for-profit, anti-aging medical clinic for burghers in Scottsdale, Arizona, a longevity practice, if you will — called Kronos. In a wholly related venture, the billionaire assembled experts and funded the study of the new science of carbon copying; his first successful foray into which was when he sponsored the cloning of a housecat (Cc: for Copy Cat). In 2001, Sperling formed Exeter Life Sciences, acquired biotech companies (like ViaGen) and, through a joint venture with Geron Inc., a company that studies embryonic-stem-cell-based therapies for degenerative diseases like cancer, now “owns the rights to the intellectual property used to clone Dolly,” according to Clonesafety.org — a website sponsored in part by ViaGen and Exeter Life Sciences, both affiliated with Sperling. Some people say it’s an ideological trompe l’oeil to say today it’s clones in your food supply, and tomorrow, if a rich man pushing 90 has his way, there’ll be human applications for this kind of special technology. Here’s a little insight into the goals of the people who own the patent: Kronos’s former CEO Jonathan Thatcher, later CEO at Exeter (whose biotech holdings, I remind you, includes ViaGen) told Wired that “The next real market is for biological therapeutics … We will move into humans.”

This is a story of a cowgirl and her castrated horse, a story you can tell your kids whilst you toe-tap to Brooks & Dunn at the San Antonio Stock Show and Rodeo come February. Watch their little imaginations run wild pondering the bucking stock-and-barrel racers of the 23rd century, which, thanks to one champion cowgirl and the clipped-balls gelding that she had cloned for $150,000, might very well look like all the resurrected and rippling livestock that dominated 21st-century arenas. Conceivably, one rodeo-information site argues, you can ride the same bull for eternity.

All this is to say: good genes are the aim of every livestock breeder. Add a little sentimentality and the success that 11-time World Champion barrel racer Charmayne James had with Scamper, and you understand why she paid ViaGen to get a Scamper copy into her breeding program in Athens, Texas.

And the boys over at the rodeo, part of a bullriding industry in which you can earn millions, envy Miss James. Binion Cervi, of Cervi Championship Rodeo, who coordinates the bucking horses, bulls, and cattle from all over North America that you’ll see at the SA Rodeo, is even talking about collecting cells from Rio Bravo, the award-winning 24-year-old Paint Gelding he retired at our rodeo last year. But, like with the iPod, he’ll probably wait for the price of the product to go down. “We’re not the innovators or the early adopters,” the Colorado-based cowboy said, referring to the theory of innovation diffusion. “We’re the early majority.”

Looking at the bell curve, the non-ag-affiliated, omnivore public-at-large could be right behind Cervi, and part of the late majority — the skeptical, traditional crowd hesistant to buy or eat a clone (granted, most will be too expensive to waste making Kobe steak, says ViaGen spokeswoman Lisa Hanna; you’ll probably only eat their superior-genetics offspring). In six major polls (including the Pew Initiative in 2005 and the Gallup in 2004) more than half of Americans expressed ethical, religious, or visceral problems with animal cloning. But how would you detect one? That’s the FDA’s chief whine about any labeling requirements for clonal meat and milk, or products from their progeny. How the hell can you tell what it is, in the hoof or display case?

While you ponder that, consider: for years, the FDA has asked all clonal producers and buyers to adhere to a voluntary moratorium on introducing such products into the food supply. From Reuters, 2003: “Headlines were made this week when the offspring of some cloned pigs made it to market.” From a Center for Food Safety report, December 5, 2006: a dairy farmer in Maryland has a court order to sell and slaughter the clones on his farm, due to a legal dispute. You can buy the semen of cloned bulls online, ViaGen’s President Mark Walton told the Washington Post in October 2006, in an article that ends with the portentous, “like it or not … the clones are out of the barn.” One could imagine that for companies like ViaGen, the real value in the innovation has got to be the speed with which cloning has been developed and adopted (breaking into the food supply is no small feat, but netting FDA approval for menus is a triumph). No doubt the beastmaster, John Sperling, is tapping his fingertips together, muttering “excellent” and anticipating immortality.

The final FDA recommendations on clonal food products is expected after April. For the next three months, FDA is seeking comments electronically at  http://tinyurl.com/czw53.  Written comments may be sent to: Division of Dockets Management (HFA-305),  Food and Drug Administration, 5630 Fishers Lane, Rm. 1061, Rockville, MD, 20852. Comments must be received by April 2, 2007, and should include the docket number 2003N-0573.

Whatever happened to Dolly? Born in Scotland in 1996, the white-faced, curly haired Finn Dorset breed lived indoors, was sweet-tempered, and would eat right out of your hand. She was put to sleep in 2003 due to a severe lung infection, says Reuters … a premature death.

Bad Takes: An open letter to Jordan Peterson following his dismissal from Twitter 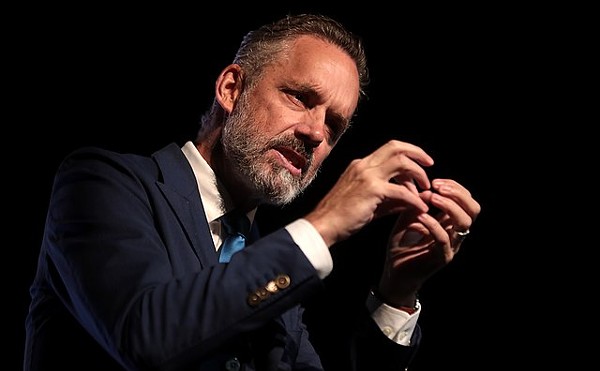