'I'm just a normal 32-year-old Austin guy who happens to be in between jobs and loves breakfast tacos,' the ad reads. 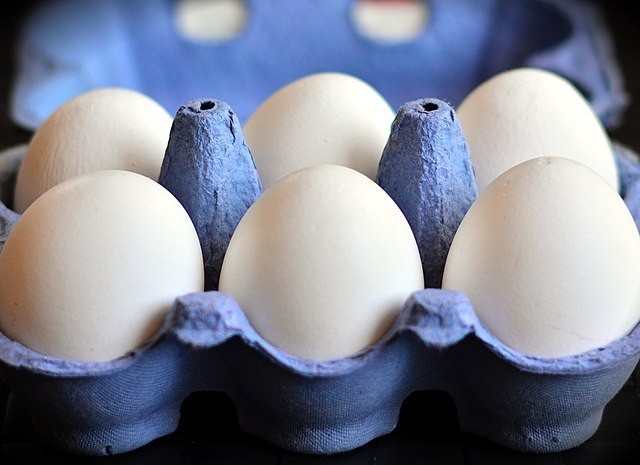 Wikimedia Commons / congerdesign
The average price for a carton of eggs was up 60% in December from the year prior.
With egg prices seemingly out of control, one man in Austin appears to be taking drastic measures to ensure his kitchen stays stocked.

In a Craigslist ad shared Tuesday, the self-described "32-year-old Austin guy who happens to be in between jobs and loves breakfast tacos" offers his sex services in exchange for cartons of eggs.

Since being shared on Twitter by Evil MoPac — a parody account allegedly run by a stretch of Austin highway known for miserable traffic — the ad has garnered nearly 100,000 views and more than 1,000 likes.

"[I'll] be goddamned if I'm blowing 2% of my savings every time I buy a carton of eggs," the ad continues. With regard to the sex, the man stipulates "nothing weird" and "no commitment." In exchange, he seeks "10 or more" cartons of large eggs that must be refrigerated before the deed is consummated.

Although the Current was unable to verify the post's authenticity — perhaps because the man obtained his eggs and removed the listing — it may not be that far-fetched an offer considering the skyrocketing price of eggs.

The average price of the kitchen staple was up 60% in December from the previous year, hitting an average of $4.25 per carton, according to USA Today. With that in mind, it's not surprising that Twitter users showed sympathy for the man's desperate need.

"From Austin too and I'm down with u on this," user Bonnie Gomez replied.


From Austin too and I'm down with u on this.

Others saw nothing wrong with the proposed business offer, embracing the weirdness of the Austin Craigslist ad.


Dude out here keeping Austin weird. Whew. I was getting exhausted shouldering the whole load by myself https://t.co/DbyioMmCIW

Experts attribute the high cost of eggs to an outbreak of avian flu, higher production costs and a supply shortage hangover from the holiday season, according to USA Today. Although the causes are temporary, grocery shoppers shouldn't expect the price of eggs — or any food for that matter — to come down quickly.

As previously reported by the Current, food prices nationwide are expected to jump 3.5-4.5% on average this year, according to the U.S. Department of Agriculture's latest Food Price Outlook.