Despite an attack on the U.S. Capitol, here are the 17 Texas Republicans who still voted to overturn election results 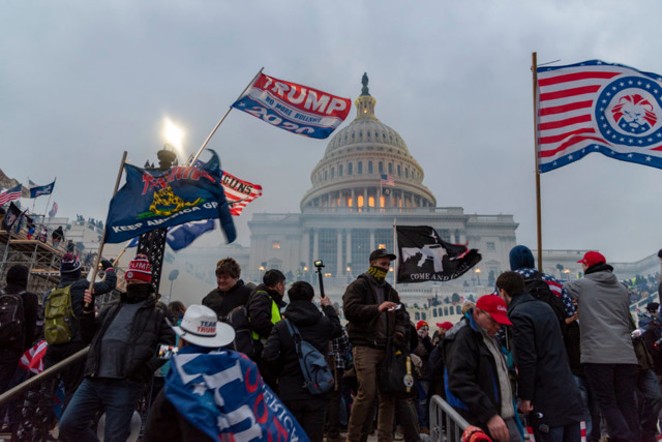 Blink O'Fanaye / Flickr [ATTRIBUTION-NONCOMMERCIAL 2.0 GENERIC (CC BY-NC 2.0)]
Yesterday, President Trump stood in front of thousands at the White House for the “Stop the Steal” rally and instructed his supporters to march to the U.S. Capitol, where they then attacked law enforcement officers and broke into the federal building.

Incited by false allegations of a stolen election, the terrorist attack resulted in four deaths and over 50 arrests.


However, despite all of this, 147 Republican lawmakers still stood by their decision to stand in the way of certifying the presidential election, and perpetuate a lie that ultimately ended in violence.

Here are the 17 Texas Republicans who, despite the first non-peaceful transfer of power in 220 years because of Trump’s baseless rhetoric, still voted to sustain one or both objections:

The decision by these politicians to support a failed Trump-led coup has resulted in progressive lawmakers demanding accountability for the GOP colleagues who were complicit in yesterday’s attack.

According to the Riverfront Times, Rep. Cori Bush, D-Mo., is planning to introduce a resolution calling for the expulsion of lawmakers who "incited this domestic terror attack through their attempts to overturn the election.”

“They have broken their sacred Oath of Office,” Bush said. “I will be introducing a resolution calling for their expulsion.”

A version of this article first appeared in Creative Loafing Tampa Bay, an affiliated publication. Sanford Nowlin also contributed to the reporting.