Despite Texas GOP's rhetoric, renewables are keeping the lights on amid state's sweltering summer

'It's 100% certain that climate change is contributing to the current heat wave,' said the director of Texas A&M's Texas Center for Climate Studies. 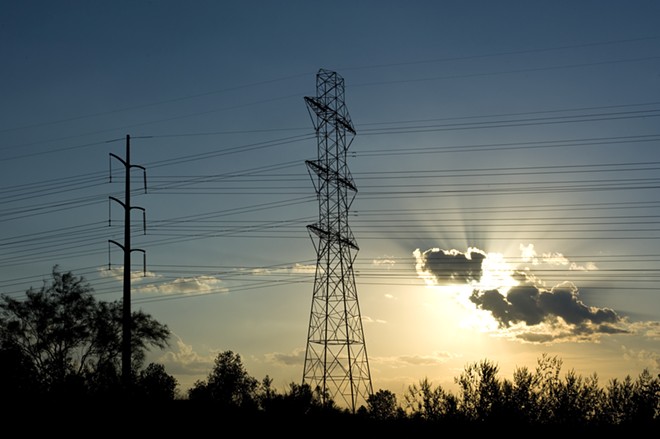 Courtesy Photo / ERCOT
Texas' power grid is again under strain as the state deals with soaring summer temperatures.
Texas' spiking electrical demand amid this summer's extreme heat has renewed concerns about the stability of the state's power grid.

While Texas' Republican leadership continues to dog renewable energy sources as it tries to maintain its cozy relationship with the state's deep-pocketed oil and gas sector, experts say solar and wind are pretty much saving our asses right now.

“Texas is, by rhetoric, anti-renewables. But frankly, renewables are bailing us out," University of Texas professor and energy wonk Michael Webber told CNN this week.

Wind and solar supplied 27 gigawatts of electricity during Sunday's peak demand, Webber and other energy experts told the news network. That accounted for around 40% of the total energy required to keep the lights on.

Despite the state's clear reliance on renewables, Republican Gov. Greg Abbott and the GOP-controlled Texas Legislature haven't exactly been friendly to wind and solar.

And amid the national media coverage of Texas' grid collapse during 2021's Winter Storm Uri, Gov. Greg Abbott falsely claimed renewables were to blame. Failures at natural gas, coal and nuclear facilities caused twice as much power loss as issues with renewables, according to state data.

Despite Abbott's overheated rhetoric, scientists say the state's investments in renewables — including a $7 billion outlay years back for new transmission lines — has made the difference between having another Uri-style grid collapse this summer.

"If it hadn't been for the tremendous growth we've had, especially in solar the past few years, we would have already been experiencing rolling blackouts even with that heat wave we got in May and really can't imagine how the grid would handle this week's heat wave," Rice University engineering prof Daniel Cohan told Houston TV station KHOU.

The Legislature and Abbott have both taken heat, including from former state utility regulators, for slapping a bandaid on the grid during the past legislative session rather than pass serious overhaul measures or hold energy companies accountable.

Environmental groups and energy experts also have torched the state leaders for failing to acknowledge that climate change is contributing to the weather extremes that continue to destabilize the grid.

“It's 100% certain that climate change is contributing to the current heat wave," Andy Dessler, director of the Texas Center for Climate Studies at Texas A&M University, told CNN this week. "August is getting hotter; June is getting hotter. It is hot, and this is the future.”

"Stay on top of San Antonio news and views. Sign up for our Weekly Headlines Newsletter.