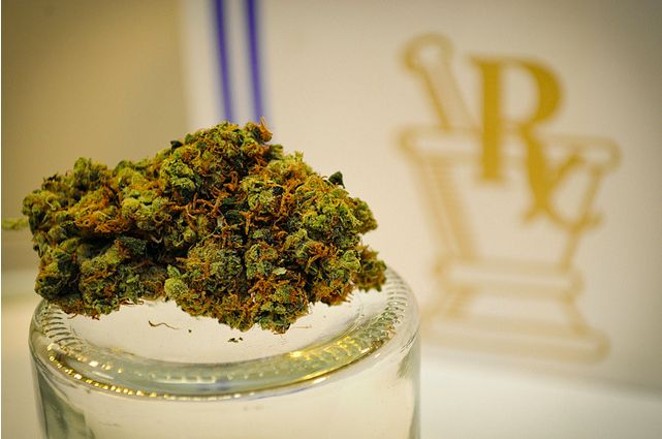 "It's not a new idea, and it's not some kind of new experiment. We are talking about natural, effective medicine," she said.

Fazio said a draft bill was finished right before Christmas, and said it's a meld of bills in conservative Arizona and Nevada.

Patients with qualifying medical conditions would submit an application, a fee, a written recommendation from a doctor, and would then be provided legal protections. The state would send the qualifying patient a registry ID card, so police can verify whether a Texan is a qualifying medical marijuana patient. And registered patients cannot be arrested or prosecuted. The proposed bill also provides protections from medical care discrimination and protections for employees who use medical marijuana off-site during off-hours.

Qualifying patients and caregivers would be able to have 2.5 ounces of marijuana, six cannabis plants and the harvested product. A designated caregiver and a patient can only have one unless certain circumstances arise, must be 21 and have significant responsibility for patient care.

And under the proposed bill, out of state patients who meet Texas' medical marijuana qualifications may use and obtain medical cannabis in the Lone Star State.

The proposed bill prohibits patients from operating vehicles or being in control of vehicles while impaired. Patients are also prohibited from smoking cannabis in a public place. And the bill calls for Texas to set reasonable rules for possible medical marijuana businesses, including security, lab testing, and health and safety.

Randall Kuykendall, a lobbyist working for the Marijuana Policy Project, said the goal is to have the bill filed by March 13.

"This is the first time in the history of Texas that they have been looking at a comprehensive whole plant medical marijuana bill," Kuykendall said during an audio overview of the bill on the Texans for Responsible Marijuana Policy website.