Did this San Antonio Santa Snub a Sick Child? 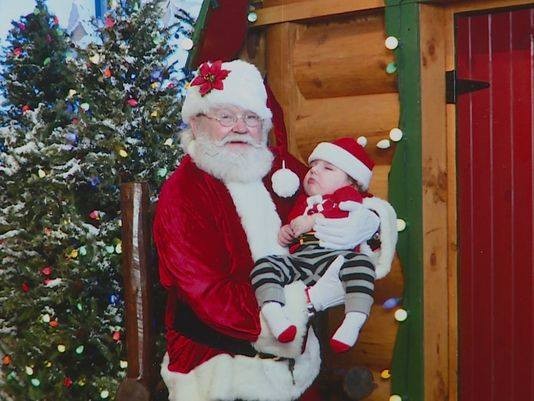 Megan Self | Facebook
Christmas is always ripe with controversy these days.

The Alamo City's latest Claus-related dust up is whether a Santa at a Bass Pro Shops in northwest San Antonio paid enough attention to a 13-month-old baby afflicted with a genetic brain and muscle disorder.

The child's mother, Megan Self, tells KENS that Santa took a quick standing photo with the infant and handed the child off too quickly.

"We were trying to work with them so we can get that memory, get the picture of him on his lap and everything," Self tells the television station.

Meanwhile, Kris Kringle has spoken out about the incident, saying he was only trying to be sensitive.

This photograph has gone viral on Facebook and on television. This child was brought to me stapped in a wheelchair and...