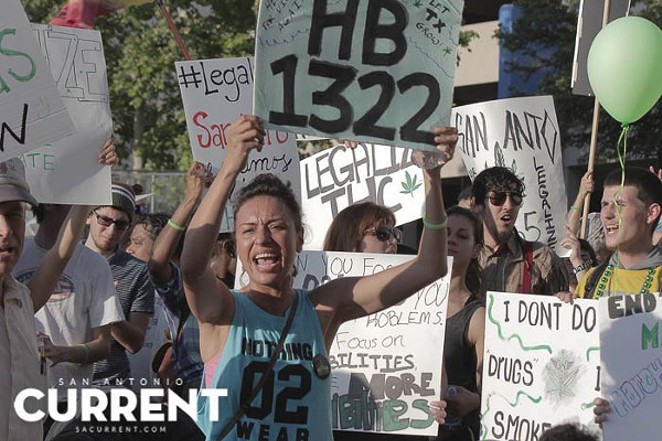 Alex Ramirez
Marijuana reform advocates are pleased the state approved a historic medical marijuana bill that is limited in scope, but are still working behind the scenes to improve that law and work toward broader marijuana reform.
Last week, the Department of Public Safety quietly approved new rules regulating distribution under Texas' new medical marijuana law, which legalized the use of CBD oil — a marijuana extract that can only contain trace amounts of the plant's psychoactive compound THC.

The legislation is called the Texas Compassionate Use Program, but is criticized by numerous groups that say its wording makes it impossible for doctors to recommend its use for people eligible for the program — those with severe intractable epilepsy —because it says doctors have to prescribe it, which is against federal law. Advocates also say whole-plant marijuana, THC included, is medically more effective. Reform advocates say they'll work to fix both those problems, in addition to pursuing broader medical marijuana reform.

The Texas Public Safety Commission just ratified the rules for the Compassionate Use Program. This is a very exciting moment in Texas history!

Posted by Texans for Responsible Marijuana Policy on Thursday, December 17, 2015

DPS is required to license three dispensaries by September 1, 2017, along with creating a registry of physicians willing to treat intractable epileptics with low-THC CBD oil and patients who fit the criteria.

Here are the new rules, via Progress Texas: