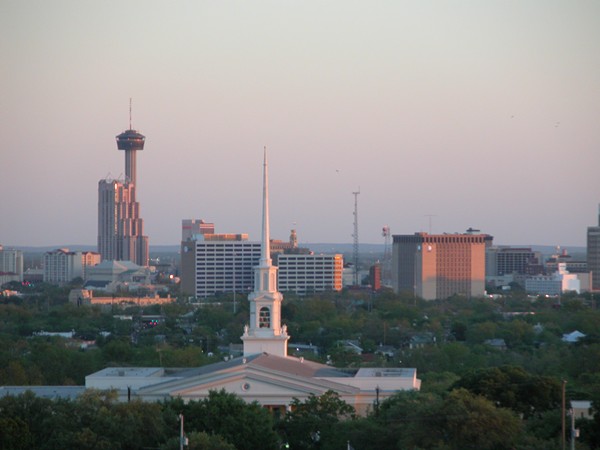 Wikimedia
The general election is May 9.
Early voting beings next week as San Antonio looks to elect a mayor, fill all of its city council seats and weighs several propositions, including charter changes and renewing two conservation programs.

Next week, on Wednesday, the San Antonio Current will publish a story examining the four main candidates — Van de Putte, Villarreal, Adkisson and Taylor — and their views on issues ranging from the current state of the arts community in San Antonio to the challenges faced by a growing city.

All of San Antonio's 10 city council districts are up for grabs with a robust field of candidates.

To view all of the mayoral and city council candidates visit this link to the San Antonio Elections Department.

The ballot also includes propositions to change the City Charter.

Proposition 1 would require a vote before the city could build streetcar or light rail in a public right of way. Proposition 2 would grant the mayor a salary of $61,725 and council members a salary of $45,722. Proposition 3 would require a special election to replace council and mayoral vacancies when 120 days or more remain in the term. Proposition 4 would eliminate City Charter provisions superseded by state law and update language to current usage.

Lastly, there's a special election to determine whether San Antonio should renew the Edwards Aquifer Protection Program and a Parks Development and Expansion plan that is funded through an eighth-cent sales tax.