Although off life support, he still receives high-flow oxygen via a tracheostomy to help him breathe. 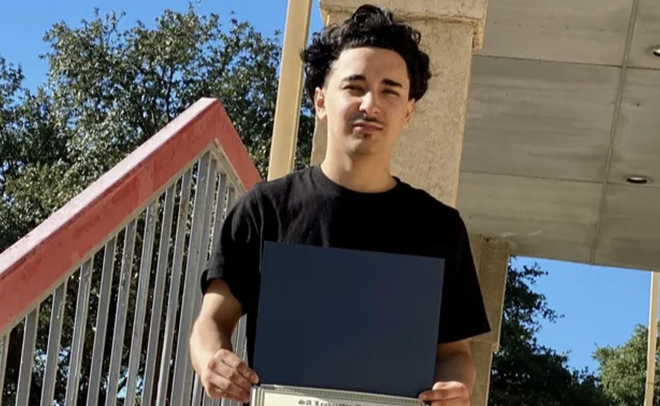 Cantu also underwent surgery to remove scar peel that formed around one of his lungs, according to a statement the family provided to the TV station. The teen "tolerated the surgery very well," according to the statement.

Although off life support, Cantu still receives high-flow oxygen via a tracheostomy to help him breathe, KSAT reports, citing the family's statement.

The teen's mother, Victoria Casarez, told reporters during a press conference last month that her son was shot at least four times. The bullets "mutilated" the youth's body, causing injury to his stomach, diaphragm, lungs, liver, bicep and forearm, she said.

James Brennand, the rookie officer involved in the incident, was fired from the force on Oct. 5 and was later charged with two counts of aggravated assault by a public servant.

Brennand is due in court Nov. 23 for a hearing, KSAT reports.