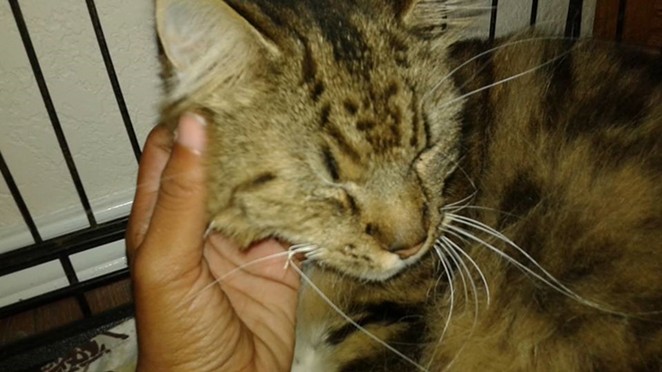 Courtesy
A family is trying to figure out how to pay for a surgery for their cat that will cost more than $3,000.
Danika and John Tolbert were devastated when their cat Cortez disappeared on May 6.

But their sadness soon turned to frustration and anger after they found Cortez's photo on San Antonio Animal Care Services' website, where the male cat was described as female, declawed and sans microchip.

Cortez is male, has his claws and has a registered microchip.

Six days later ACS correctly identified the pet. After much hassle, they reunited with Cortez, but the reunion wasn't as happy as it should have been.

"When I got home and got him out of his carrier I noticed that he was limping quite severely. I immediately became concerned and found a vet who could seem him that day," Danika Tolbert wrote. "The veterinary determined that Cortez would need an x-ray. Here is where the real nightmare began. Cortez's left pelvis and hip were shattered, and ligaments/tendons in his left back knee were all torn."

After obtaining Cortez's medical records, which didn't indicate any severe injuries or related treatment, the Tolbert family had to decide between possibly putting their beloved cat down or raising money to pay for surgery.

So they started a GoFundMe campaign. According to Danika Tolbert, the surgery will cost $2,991 and after care will cost another $150.

"All because of a series of egregious neglect and mistakes by San Antonio Animal Care Services staff and their veterinarian. Through great persistence and networking I got him back home. He now needs an urgent surgery and our family is asking for support so he doesn’t have to have his leg amputated, or worse, put to sleep because we are unable to afford the cost on our own," Danika Tolbert wrote.

"Unfortunately, those clinic records weren't updated to reflect that he was in the clinic and he was receiving treatment," Norwood told KSAT-12. "That's where the disconnect is. That's why we have to determine what happened."