Former Speaker of the House: Ted Cruz is 'Lucifer in the flesh,' and 'a miserable son of a bitch' 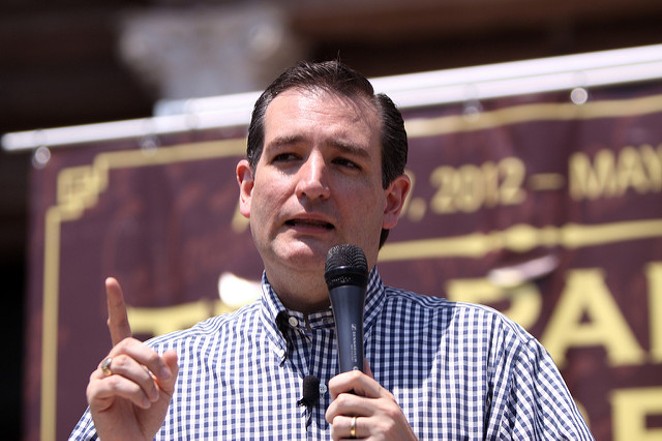 Flickr Creative Commons/Gage Skidmore
Ted Cruz: Lucifer? We report, you decide.
As happens when one runs for president, Texas' junior Senator Ted Cruz has been called many, many names over his 13-month-old quest for the White House.

But the sharpest criticism so far came Wednesday evening from a man who once worked across the Capitol from him: former Speaker of the House John Boehner.

Flickr Creative Commons/Medill DC
John Boehner, likely thinking he's done with this shit.
Boehner, who you'll remember stepped away from his post in October 2015 to mow his lawn and play golf (and truly, who can blame him), has never been a fan of Cruz's. He called him a "jackass" at a fundraiser last year.

But speaking at an event at Stanford University, Boehner upped the name-calling ante, comparing Cruz to the devil himself. When asked his opinion of the senator, Boehner said according to The Stanford Daily:

“Lucifer in the flesh,” and added: “I have Democrat friends and Republican friends. I get along with almost everyone, but I have never worked with a more miserable son of a bitch in my life.”

The Cruz campaign sent out this tweet on Thursday, referencing the fact that Boehner also said he'd vote for Donald Trump if he is the Republican nominee:

Tell me again who will stand up to Washington? Trump, who's Boehner's "texting and golfing buddy," or Carly & me? https://t.co/qvYPSaTEV7


"Carly" means Carly Fiorina, who Cruz announced as his running mate yesterday (a quick aside: You could have sold me on "Carly & Me" as a mediocre sitcom from the mid-'90s about a pre-teen girl gymnast and her pet Capuchin monkey or something).

The Austin-born former Hewlett-Packard CEO briefly ran for president herself, during which time she said Cruz would "say whatever he needs to say to get elected," and had a curtain fall on her during a campaign stop in San Antonio.