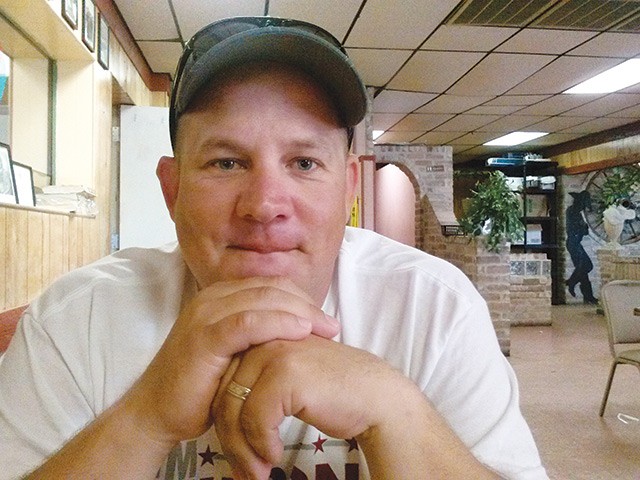 When I walk into Lupita’s Mexican Restaurant in Kirby, Bexar County Commissioner (Precinct 4) candidate Timothy Wilson is already seated at our table with a serious look on his face. Scheduled to go blockwalking right after our interview, he’s dressed in brown khaki shorts, a white campaign T-shirt and a gray baseball cap. He’ll no doubt don this suit of political armor on May 27, when county GOPers will choose between him and Alan E. Baxter, mayor of Windcrest, to be the Republican candidate in this fall’s general election. And when he does, spectators may observe that Wilson’s campaign strategy has the feel of the last day of school.

Wilson, a Kirby native, is a 2000 graduate of the Judson Learning Academy, a non-traditional high school in northeast Bexar County. He describes it as, “a normal high school [that’s] thinking outside the box on how to educate different people. The regular classroom just wasn’t for me.”

However, it’s the fact that Wilson, now 32, has not attended college that his opponent seems to find the most affronting.

“I don’t think you need to go to college,” says Wilson who stands by his notion that college cannot teach “ethics, morals [or] values. What is government? We’re a representative of the people. What part of that is taught in school?”

The suggestion that government and history classes could teach best and worst case scenarios on the subject draws him closer in to ask, “In a government class, they teach you how to represent the people? Just because I went to college, does that mean I have the will and work ethic to go after a grant? I can put my college education out on the table all day long,” he says hurling the top of his hand toward the table. “That [diploma] is not going to get off the table and work and negotiate for Precinct 4.”

Besides, the internet, he feels, has made knowledge accessible through online lectures and tutorials. When asked if he has a favorite book, he shakes his head. “We hunt, we fish, we do baseball,” he says. “I don’t have time to read.”

In his first two races, Wilson was unopposed for the seat on Kirby’s City Council. He was appointed interim mayor in 2012 by an outgoing predecessor and then ran—or walked, I suppose—unopposed for his first mayoral bid last year. So Baxter, whom he accuses of cronyism and improperly filed finance reports, is pretty much his first non-blow-up doll opponent.

From Monday through Thursday, Wilson works full-time for CPS Energy as a sub-station electrician. Fridays are reserved for “mayor stuff.” On Saturdays, he coaches a Little League baseball team and Sundays, like today, are set aside for blockwalking.

His job has taught him not to “half-ass anything. Errors in my line of work can kill, cost a lot of money or keep you out of power,” he says.

What shade of Republican red would you use to describe yourself, I ask.

“I think I’m a medium,” he says with a chuckle.

Baxter accuses Wilson of not being a Republican at all.

Wilson accuses himself of being—of all the candidates in his race—“the most fun.” Twice, he urges me to “admit it.”

So far, Wilson hasn’t run into any education snobs.

“How many residents in Precinct 4 have an education? You know how many people have asked me how many college hours I have?” He makes a zero sign. “Absolutely none. I think people really connect with me. [I’m] the same person that they are. I don’t have money stored away. I proved that during our campaign. I’ve been told by the Express-News, KSAT, even Rick Casey hit on it a little ... ‘You’re underfunded. There’s no way you can win.’” He compares himself to Bruce Willis’ character in the 1988 film Die Hard. “There’s one man [against] 50 people. That man should never win. The same way they said about me. ‘You’ve only raised $7,000, there’s no way you can win.’ He never gives up and in the end—he walks away.”

His blue eyes are intent. “Don’t ever count out the dark horse. When people tell you [that] you can’t do things, it makes you work harder.”

He finds a meme on his phone and reads it aloud. “‘I want to inspire people. I want someone to look at me and say ‘because of you, I didn’t give up,’” he reads. His voice trembles. Does that move you? I ask. “Yeah. It really does. Because if wasn’t for the Judson Learning Academy, I probably would have gave up,” he says.

When I ask if he knows who wrote the lovely quote, he sighs heavily. “Do you have to ask all the technical questions?”

In this election, whether his fellow Republicans accept it or not, Wilson certainly is the life of the party.