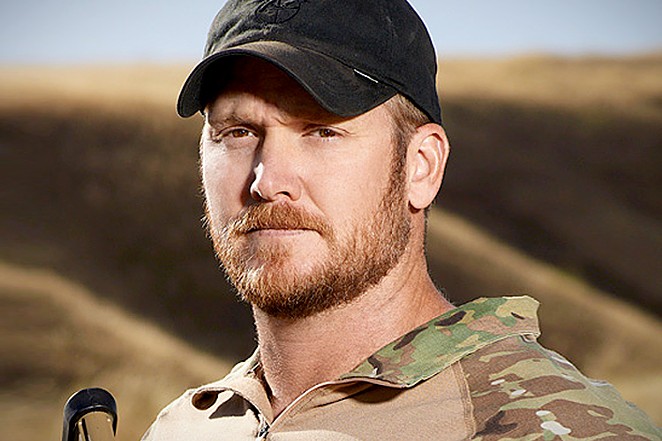 In a formal Proclamation from the Governor’s Office, Abbott emphasized that the most lethal sniper in U.S. military history “is the face of a larger force for freedom that has made this country the bravest, strongest and freest in the history of the world. Kyle is one of the legions of valiant warriors who made the ultimate commitment to our country: they put their lives on the line for a cause greater than themselves.”

Indeed, Chief Petty Officer Kyle demonstrated a profound commitment to the American military by the virtue of his four tours in Iraq, which Oscar-nominated actor Bradley Cooper portrayed in the record-breaking box office hit.

But, despite the strident applause for Abbott’s decision — cheers that echo largely from the Grand Old Party, including Texas Land Commissioner George P. Bush — a number of skeptics question the demand for “Chris Kyle Day.” The deceased soldier is frequently the subject of emotionally fueled debates over his actual persona and his portrayal as an American military and cultural figure.

Specifically, complicated by the cultural powder keg that is the Iraq War, a major source of controversy lies in ostensibly Islamophobic remarks made by Kyle throughout his autobiography, which is also titled American Sniper. “I hate the damn savages,” he wrote in regards to his 160 confirmed kills. “I couldn’t give a flying fuck about the Iraqis.”

Given the immense popularity of Kyle’s memoir and its cinematic adaptation, the American-Arab Anti-Discrimination Committee has reported “a continued increase in threats and attacks against the organization and the Muslim and Arab American communities at large,” prompting liberal-minded groups to distrust the widespread influence of the real sniper’s uncompromising rhetoric.

Abbott’s Proclamation falls on the second anniversary of Kyle’s death and honors his memory just days before the scheduled trial of his alleged killer on February 11.