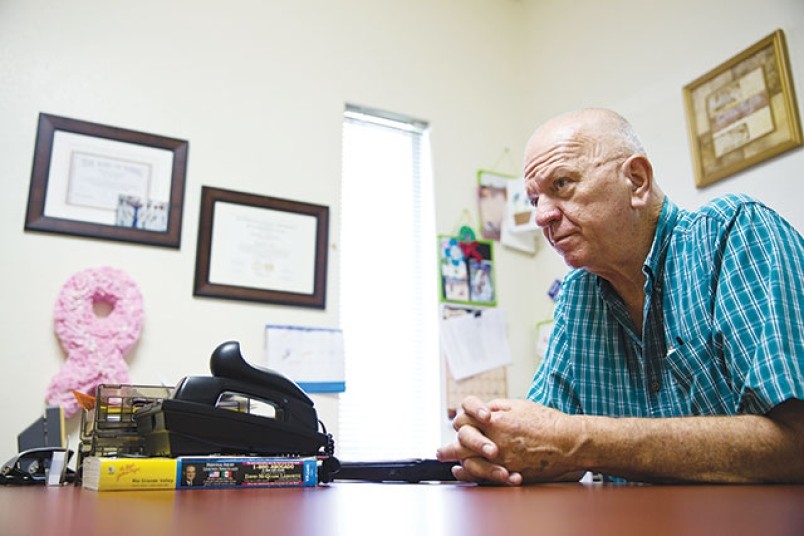 Dr. Lester Minto had to close his clinic in Harlingen due to HB2. (Photo by Callie Richmond)

A study released by the Texas Policy Evaluation Project determined that there was a 13-percent decline in the Texas abortion rate after the passing of House Bill 2, which restricts medical abortion, bans abortion after 20 weeks post-fertilization and requires physicians to have admitting privileges in nearby hospitals, went into effect in November 2013.

[Texas Abortion Providers Fear They May Not Survive New Regulations]

The study, which was accepted by the reproductive health journal Contraception, aimed to assess the change in abortion services since the first three provisions of HB2 went into affect. Additionally, by September 2014, all abortion facilities must meet ambulatory surgical center requirements.

According to the abstract published at Contraception, 41 facilities provided abortion services in Texas in May 2013, but that decreased to 22 in November 2013.

There are no longer any clinics in the Rio Grande Valley and one left in West Texas.

Researchers also determined that medical abortion decreased 70 percent from 28.1 percent of all abortions to 9.7 percent post November 2013. Medical abortion is most commonly referred to as the abortion pill, which is available to women who are eight weeks pregnant or less.

Researchers posit the decrease in the abortion rate is the reduction and closure of clinics throughout the Lone Star State.

“The closure of clinics and restrictions on medical abortion in Texas appear to be associated with a decline in the in-state abortion rate and a marked decrease in the number of medical abortions,” the abstract states.