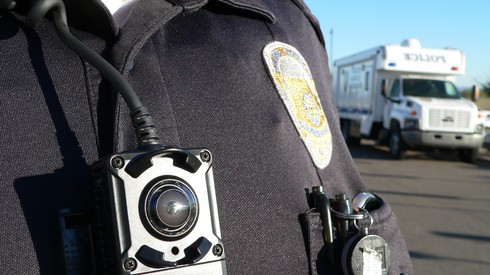 Police body cameras in the Coastal Bend city of Aransas Pass helped heal strained relations between the public and the police department.

“Well, the police department was kind of struggling. The old administration didn’t communicate with the public and with the media, and when you don’t communicate, everybody thinks the worst,” Aransas Pass police chief Eric Blanchard said.

As soon as he came on board as the department’s new chief in 2012, body cameras became policy.

Since then, frivolous complaints against the police department have gone out the door and officers stay in check because they know a supervisor will review body camera video. According to Blanchard, the cameras are a great way to protect police officers and the public.

“If you have the ability to use them and choose not to, you are not doing what’s in the best interest for the community and for your staff,” Blanchard said.

McManus admitted earlier this year in a budget meeting that nationally, police departments were trending toward the use of body cameras. However, before jumping in the deep end, McManus had concerns, which included officer and citizen privacy, how to store the videos (and how long) and whether body cameras and onboard patrol car cameras should be used simultaneously or separately.

“Once you go down that road, there’s no going back,” McManus told City Council earlier this month. “We have to be real clear about what we want. What it’s going to cost. What works best for the officer and the community.”

According to Blanchard, body cameras work best for the officer and the community.

We bounced some of McManus’ concerns off of Blanchard to see how it worked out for the Aransas Pass Police Department.

As for storage, the Aransas Pass police have a contract with a company where its videos are automatically uploaded into the cloud, which saves the department some money and also a few headaches. Blanchard said the department keeps certain types of video, like a use of force event or evidence in a criminal prosecution for two years, while video that’s, well, essentially useless, is deleted after six months.

“If you can financially sustain both, I see benefits to sustaining both,” Blanchard said.

However, when it comes to privacy of both officers and citizens, Blanchard said that is a legitimate concern. But they haven’t had too many open record requests for videos that would result in invasions of privacy, like if someone was naked in the video.

Blanchard said McManus had great questions about the body cameras. But he is pleased with the implementation in Aransas Pass because community relations improved, better evidence is collected and both the public and the police have an objective video to rely on to get to the bottom of complaints.

If San Antonio does adopt the cameras, Blanchard said the department should expect to run into technical issues early, and it will also run in to any bad apples in the police department and be able to deal with those officers.

“I think initially, you’ll find issues with some of our problem children or other problematic situations will manifest,” Blanchard said. “You are going to find stuff and you’re going to have to deal with it. Good or bad, the police department needs to bring it to the public’s attention.”

Blanchard said he hopes to have all officers in his department equipped with the cameras by the end of October.