When Allen and his girlfriend moved into their Austin-area house, a woman down the street passed out fliers warning neighbors a monster had moved in next door. His front door was egged, their cars broken into, and “people started crossing the street instead of walking in front of my house,” said Allen, who asked that the Current not use his full name.

Allen spent much of his childhood in a Texas Youth Commission facility for inappropriately touching a 7-year-old family member; Allen was 11 at the time. He first registered as a sex offender with the Texas Department of Public Safety at age 20, when he was released from TYC for the offense. If you look him up on the state’s public sex-offender registry, you’ll see the photo of a near-30 year old convicted of aggravated sexual assault of a 7 year old (any sexual assault against a child under 14 is considered aggravated).

Work has been hard to find since he got out of TYC — employers, Allen says, naturally shy away from hiring registered child molesters. When he signed up for classes at Austin Community College, the school displayed his information and photograph around campus as a warning to other students. Housing is difficult to come by, he says.

“It’s a hard thing to explain to someone once they find out,” Allen told the Current. “It’s like, ‘Hey, I’m not really this awful person. I just had a fucked up childhood, I was punished, I’ve tried to deal with it, and I’m doing the best I can with my life.’ No one wants to hear that explanation. … It’s like I’m a leper.”

Texas is one of at least 10 states that put children found guilty in juvenile courts on public sex-offender registries. Texas has no limit on how young children placed on its registry can be. Adults who committed their crimes as children and served their time in juvenile facilities must continually update their address, workplace, and photograph on the public registry. Each year, the age gap between victim and offender widens.

“Kids are getting life-long punishment in juvenile court,” said Nicole Pittman, a Soros Senior Justice Advocacy Fellow with Human Rights Watch, and a leading researcher on juvenile sex offenders. For years, Pittman has investigated what happens when you put child offenders on public sex-offender registries, interviewing nearly 300 youth offenders, many of them in Texas, along with defense attorneys, prosecutors, and even victims of child-on-child sexual assault. Based on her research, Human Rights Watch last week released “Raised on the Registry,” an extensive report that advocates removing children from public sex-offender registries.

Due to residency restrictions — originally meant to keep adult offenders from living near schools, parks, or anywhere else frequented by children — some child offenders can’t finish their education or even live with their families once out of youth lockup. Some families face retaliation and even threats of violence because their address appears on the registry. The list drives some child offenders to suicide, according to the HRW report.

“Juveniles need to be held accountable, but the punishment needs to be appropriate,” said Pittman. The HRW report recommends that all juveniles be exempted from public registration laws, citing research that shows juvenile sex offenders are both the least likely to re-offend and the most likely to respond to treatment.

Unlike with minors charged with assault or even murder, “When you put a child who commits a sex offense on a public registry, that’s a virtual life sentence,” Pittman said.

Child protection workers visited Dominic’s San Antonio home when he was 15, following a domestic dispute between his mother and her partner. That’s when they first heard of allegations Dominic had molested his sister when he was 13 and she was 11. (Dominic’s family asked that the Current not use his real name).

Dominic spent much of the following year in and out of psychiatric treatment, diagnosed with ADHD and bipolar disorder, his grandmother said in a recent interview. Dominic denied the allegations, but was eventually convicted and taken to a TYC facility convicted of aggravated sexual assault of a child.

Dominic’s mother died in a car crash while he was in juvi.

Dominic was released from TYC, put on strict parole, and moved into an apartment by himself on San Antonio’s East Side when he was 19. He couldn’t live with his grandmother, who had custody of his sister, the victim.

Last month, Dominic’s sister signed an affidavit claiming he never molested her, saying she was coerced into making the allegations. Dominic was arrested last month and remains in jail for violating his parole by failing to participate in his treatment program, which requires that he discuss the assault in explicit detail, his grandmother says.

In the past year, Dominic has twice slit his wrists.

“He doesn’t see any way out,” his grandmother said in a tearful interview last week. “He says, ‘I don’t have a life anymore, grandma. Everybody treats me like I’m a beast, like I’m an animal. They wish I was dead. I wish I was dead, too.’”

HRW’s report includes the stories of other juvenile offenders who attempted suicide — including three who succeeded. One, a 17 year old from Michigan, took his life months after the state passed a law to remove offenders from the registry who were under 14 at the time of the offense. “Everyone in the community knew he was on the sex offender registry, it didn’t matter to them that he was removed,” his mother told HRW. “[T]he damage was already done. You can’t un-ring the bell.”

Josh Gravens was 12 when he had sexual contact with his 8-year-old sister. When his worried mother sought help from a Christian counseling center near the family’s home in Abilene, the center reported Gravens to authorities for sexual assault of a child — by law, it was required to do so. Gravens spent three years in a TYC facility. When he got out, he was allowed back into his parents’ home, with his sister, but authorities required his parents put alarms on his windows and a lock outside his door.

When Gravens started classes at Texas Tech, he got death threats. People threw beer bottles at him in the campus parking lot. He eventually dropped out.

Last year, hoping to move out of a family member’s home, Gravens looked for a place to live with his wife and their four children. “We tried like 20 different apartment complexes. All told me no. It was because I was on the registry,” Gravens told the Current. Two apartments last year gave him abrupt notices to vacate once he’d already been allowed to move in.

Last November, Gravens showed the judge who sentenced him a Texas Observer article from last year that detailed his story. The judge removed him from the list. Though off the registry, Gravens still has two felony convictions for failure to register on his record — both, he claims, were the result of not being properly told about the reporting requirements.

“I’m off the list, but there are still repercussions that will follow me the rest of my life,” Gravens said. Those felony convictions “still limit what I can do, and they never would have happened had I not been placed on the registry as a child.”

San Antonio among the dirtiest cities in the U.S., according to new study 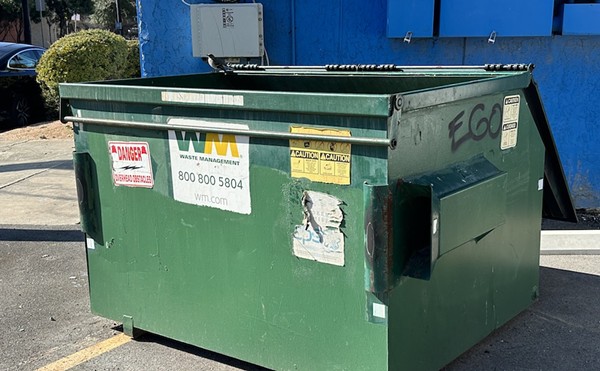 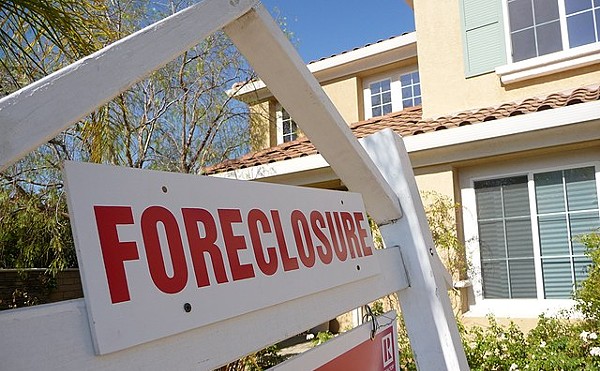 As egg prices soar, they're the latest commodity smuggled into Texas from Mexico