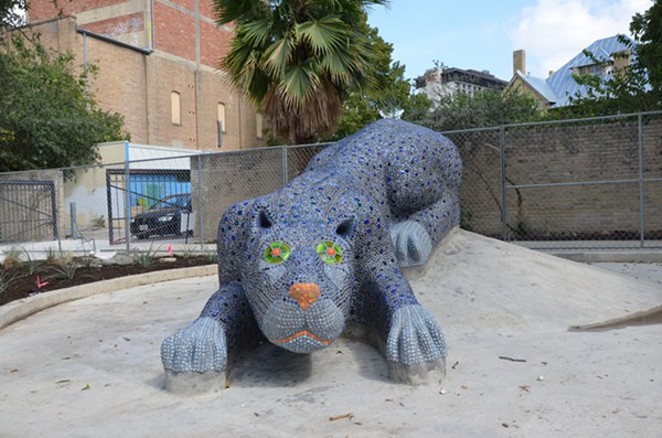 Bryan Rindfuss
Yanaguana, a Payaya Indian Village on the San Antonio River, was created after a blue panther chased a water bird out of a blue hole creating life. This mosaic sculpture represents that story at the Hemisfair Park Yanaguana Garden.
The Texas Indigenous Council's Antonio Diaz says he's elated and hopeful that San Antonio City Council will approve a resolution November 19 that designates October 12 as Indigenous Peoples Day.

It's been a long campaign to get the Resolution Recognizing October 12 as Indigenous Peoples Day on COSA agenda a thing that to me should have been supported from day 1,but in a place where the Government and a large segment of the people still support a Confederation of State Governments that glorify Military men that fought to maintain Slavery and White Supremacy. I'm blessed to have had the cogs turn in our favor. One small step forward for equality in recognizing Indigenous People exist in San Antonio, Texas.

If approved, San Antonio will join a handful of cities across the country that have also recognized October 12 as Indigenous Peoples Day.

However, on the federal level, October 12 is still known as Columbus Day.