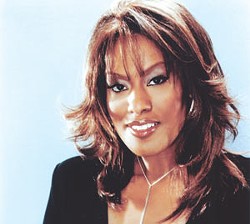 Critic's Pick Release Date: 2010-10-20
Native Texan Jennifer Holliday’s first big break on Broadway came in 1979 when she landed a part in Your Arm’s Too Short to Box with God. After earning a Drama Desk nomination in 1981, Holliday stepped into the role of Effie Melody White in the 1981 debut of Dreamgirls. During a four-year run with the production, Holliday nabbed a Tony for Best Leading Actress in a Musical. But it was Holliday’s performance of the song “And I Am Telling You I’m Not Going” that made her voice one of the most celebrated of the 1980s. The song took on a life of its own, reaching No. 1 on the R&B charts, earning Holliday her first Grammy. Although openly displeased when snubbed for a cameo in the 2006 film adaptation of Dreamgirls, Holliday surprised audiences when she sang a duet of the iconic song with Jennifer Hudson (at the BET Awards), who, like Holliday, achieved celebrity status portraying Effie Melody White. Serious Holliday fans won’t want to miss the “Cavalcade of Stars,” silent auction and gala ($150 includes concert, dinner, and open bar, 5:30pm, Friedrich Building, 1617 E Commerce; for tickets, call Tracy Alva at (210) 207-2718). Concert only: $31, 8pm, the Carver’s Jo Long Theatre, 226 N Hackberry, (210) 207-7211, thecarver.org, ticketmaster.com.
Scroll to read more San Antonio News articles
Join the San Antonio Current Press Club