Cashing In On Jesus? Male Model Hawks Rather Unique Tortilla On eBay 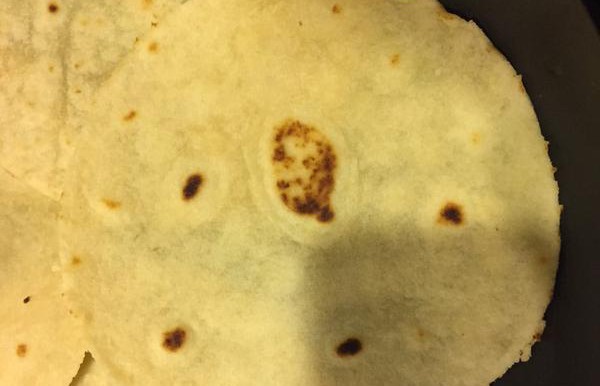 Andrew Key/Twitter
You can buy this tortilla for $10,000
An Austin model is taking the two greatest things about America — religion and capitalism — and bringing them to eBay.

Well, he's now selling the perishable food item on the online auction site. Bidding starts at $15 (and it hasn't progressed any further than that.) But if you really, really want this "sacred" item, you can purchase it outright for $10,000. Or you can just give that $10,000 to help the meek and poor, because that's what Jesus really wants you to do, if you are a follower of the teachings of Jesus Christ.

The auction ends at 6:53 p.m. on Tuesday, giving potential bidders plenty of time to pray on it.