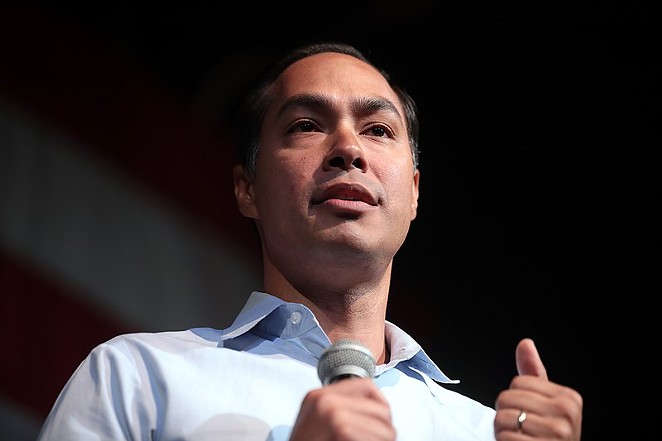 After announcing he'd likely pull the plug on his 2020 presidential campaign if he can't raise $800,000 by the end of October, Julián Castro on Tuesday tweeted that he's almost hit that fundraising goal.

"I have some great news: Because of grassroots contributions from all over the country, we're more than 80% of the way there," the former SA mayor and Obama housing secretary said in a short video. "But we're not quite there yet."

Help us close the gap—pitch in $10 today to keep us in this race.


Even with the cash infusion, Castro supporters only have through Thursday to kick in additional $160,000 to keep their candidate chasing the Democratic nomination.

Castro has said he can't see a path forward without making the November debate stage — and to get there, he needs more fundraising support. To qualify, candidates need 165,000 individual donors and to earn either 3% in four approved national polls or 5% in two early-state polls.

The next Democratic debate is scheduled for November 20 in Georgia. The deadline to qualify is November 13.