Justice as a journey 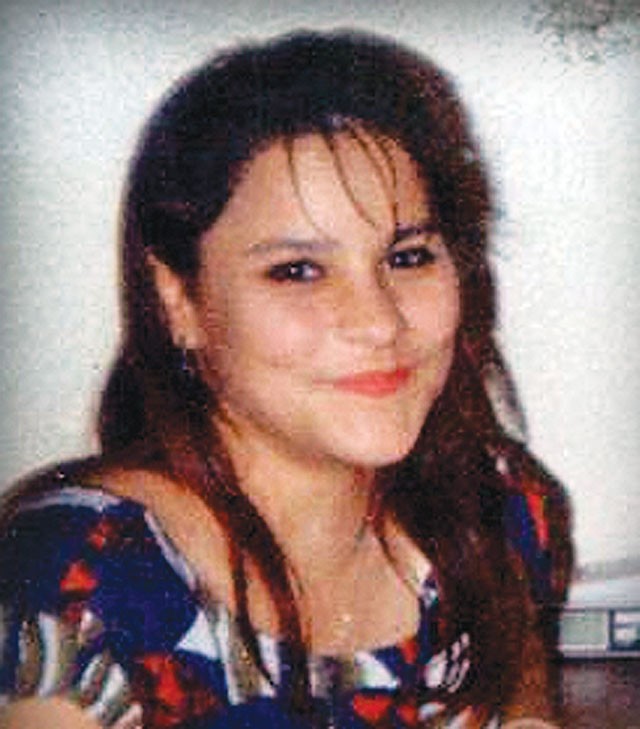 The biggest question anyone in any difficult situation can ever ask themselves is, “Do I persevere against all odds, or do I cut my losses while I still have something to lose?” This question becomes magnified when it pertains to the death of a loved one, especially a child. Losing someone close to you is traumatic enough without having to calculate how long is long enough? How long is long enough to wait, to know, to hope? Recently, I had the misfortune of watching another family go through this and I began to realize how very long my family had been asking, and answering, that same question.

On July 27, 2011, my younger sister, Emily Jeanette Garcia, would have celebrated her 34th birthday. Her son, Esau Juliano, would have been 17, the same age as my own son. However, they were both murdered on February 25, 1993, by assailants who have never been identified or apprehended. Emily was 15 years old. So instead of choosing just the right gift, or the right thing to wear for this anniversary, the choice is instead what to say? How to respond when faced with that ever-present question, “How long will Emily’s family have to wait, wonder, and hope for justice for Emily and her unborn child?”

For most who have never gone through such a thing, it may seem like nothing in this world could keep you from obtaining justice, or at least keeping the search going, for your child or loved one. However, this world is full of a great many things that will not only test your resolve, but flat out change your mind. There is a price to be paid for justice. It comes not only in the form of travel expenses and materials, but your very life. There is no way to calculate the amount of time I have not spent with my own son and husband because I was busy trying to locate the next foothold to propel me on my quest. I can never get back those hours spent searching for loopholes, evidence, and witnesses. In the pursuit of justice, your friends and relatives don’t want to be around you because you can’t stop talking about it. Your work suffers as you become angry and disillusioned. Your sex life suffers because you can never look at sex the same again. Every bit of joy is sucked from life as you come to see the mechanisms behind not just this one incident, but the entire systematic act of aggression against humanity itself: the senseless sale and slaughter of our human family for the purpose of financial gain. It is a slower process, but to walk this path, you must walk with the dead and in a sense die yourself.

After 18 years of walking that path I can say that I have indeed died, and been reborn. In this new incarnation I have come to see Emily’s murder, and indeed the rest of the world, from an esoteric perspective. I have been patronized, ignored, and accused by the police. I have been manipulated, misrepresented, and lied to by the media. I have been disappointed, confused, and horrified by the psychics. More than anything, though, I have been surprised, amazed, and awed by how pursuing my sister’s case has made me the person I have become.

On the Fourth of July my aunt posted the following to her FB feed: “Liberty and Justice for all? Liberty for murders, but no justice for victims?” To which I replied:

Liberty and justice are illusions, of the self and our separation from each other, when really none exists. There is no separation between murderers and their victims. They both share the malady that is our inherited culture. To heal the murderer is to vindicate the sacrifice of the victim.

And I meant every word of it. Justice is about punishment and prevention. I don’t need Emily’s murderers to be punished. I have lost all desire for retribution. Her death was not an isolated incident of violence. It was a very predictable conclusion to a life of suffering and humiliation at the hands of others. Therefore, if I continue to pursue justice it will not be punishment I seek, but prevention. Not for just that which ended her life, but for the very conditions of this world that made her life and death possible. I do not accept that this cycle of violence is an inevitable aspect of who we are. It is a byproduct of a misaligned society. From all that I have seen, I know it is preventable through the ways we choose to live, how we treat each other, especially our children, the media that we support, and the things we choose to fear. Emily’s case is a reflection of who we are and the world that we have built. It is something to learn from, to remember, and to prevent. So although Emily’s killers may never be caught, we will have justice as long as we keep pursuing it. •

Elizabeth Garcia is a San Antonio native who runs a community garden and a weekly esoteric support group focused on human evolution.