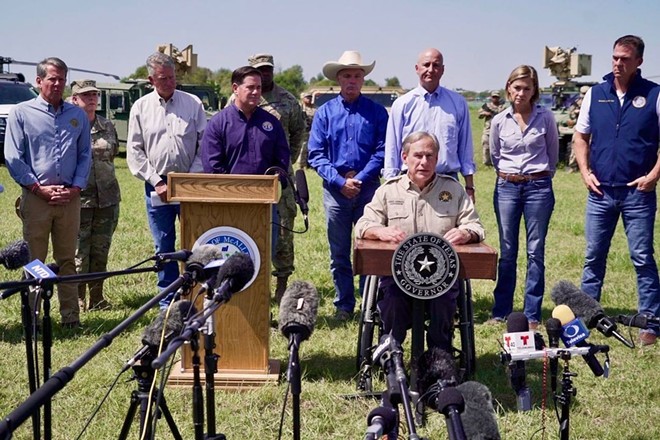 Operation Lone Star — a centerpiece of the Republican governor's reelection campaign — has received more than $3 billion in state funding and dispatched 10,000 National Guard personnel and state troopers to the border to arrest migrants for state crimes.

Since its 2021 launch, the program has busted thousands of migrants on trespassing charges, many of whom languished in jail for weeks without facing charges — a violation of state law. The program has also faced criticism for creating legal chaos at the border and disrupting the lives of guard members.

A formal Justice Department investigation is looking into the legality of Operation Lone Star's detaining of migrants based on the "perceived or actual race or national origin," according to a Texas Department of Criminal Justice cited by the two news organizations.

Immigration groups have widely criticized Operation Lone Star, arguing that it's violated the civil rights of migrants and interfered with immigration enforcement, which is under federal jurisdiction.

In December, the ACLU and 100 other civil-rights groups filed a formal complaint with the Justice Department asking for it to investigate Abbott's crackdown. Democratic lawmakers including San Antonio U.S. Rep. Joaquin Castro have requested the feds look into the program's legality.