The chart-topping singer made the remarks ahead of O'Rourke's planned campaign stop in the Alamo City this Friday. 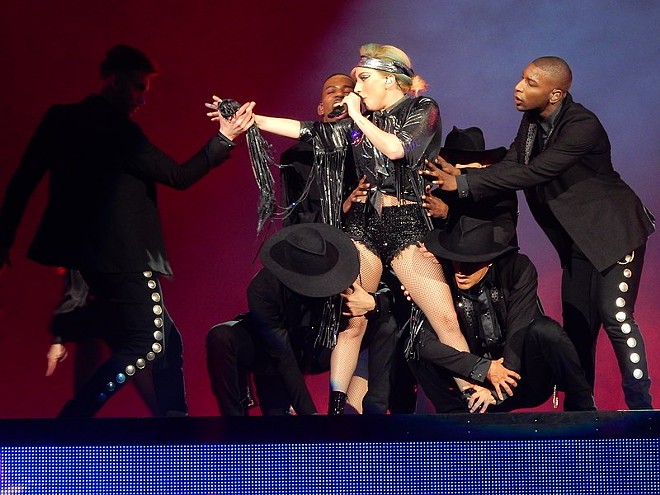 Wikipedia Commons / Steve Baker
Lady Gaga performing at Arena Birmingham as part of a 2018 tour.
Lady Gaga caused a stir during a North Texas concert by telling fans that she hopes the Republican-controlled state will "go blue" during the midterm elections.

During Tuesday's Arlington stop of the chart-topping singer's Chromatica Ball tour, she told fans the Lone State State has a "purple heart" that she hopes will shift blue. That led some fans to cheer, while others headed to the exits, according to the Twitter fan account Gaga Daily.


Lady Gaga dedicated “Angel Down” to the “safety of people in Texas” during her show in Dallas and urged the state to “turn blue.”

Some people walked out.

“Guess what, this is not about what you believe, this is about keeping people SAFE.”

"Maybe I brought this up and you're thinking, 'This is not for me. I do not want to talk about this right now. And you might not agree,'" Gaga tells the crowd in a video shared by Gaga Daily. "But I guess what … I don't know that this is about what you believe. This is about keeping people safe."

Lady Gaga, an outspoken LGBTQ+ advocate who sang the national anthem at President Joe Biden's inauguration, made the remarks months ahead of the November elections, where multiple statewide Texas races are up for grabs, including the governor's seat.

Democratic challenger Beto O'Rourke trails Republican incumbent Gov. Greg Abbott by 10 points, according to the latest Dallas Morning news poll conducted in August. That's a wider gap compared to a July poll by the Hobby School of Public Affairs at the University of Houston, which showed O'Rourke trailing by just five points.

Even so, the number of attendees at O'Rourke events across Texas has some in the GOP concerned.

Earlier this month, Collin County precinct chair Kyle Sims warned his Republican comrades in a Facebook post that Texas could take a blue turn based on the sizeable crowd he witnessed at an O'Rourke campaign event in Frisco.

O'Rourke, a former El Paso congressman, is in the middle of a 49-day, 5,600-mile Drive for Texas tour. He'll appear at the Alamo City's Shrine Auditorium this Friday at 6 p.m. Tickets are free, and those interested can RSVP online.