Scripps-Howard National Spelling Bee
Alex Iyer
It was a good run while it lasted.

Local 7th grader Alex Iyer made it to the final day of the Scripps-Howard National Spelling Bee today, but got bounced in the fourth round after incorrectly spelling the word "hypopus," which according to the Merriam-Webster Dictionary is "a migratory larva of some mites that is passively distributed by an animal to which it has attached itself and on which it does not feed."


Iyer spelled it "hippopus." But the Geneva School of Boerne attendee's performance was nothing to sneeze at. Out of 285 spellers, he was one of the last 45 left in the competition, which is comprised of the best of the best. To get there, he had to correctly spell words such as "kamaaina" and "hydrophore."

Color us impressed. You'll get 'em next year, Alex.

The National Spelling Bee finals will take place tonight at 7 pm on ESPN. Two spellers from Texas, Smrithi Upadhyayula of Coppell and Nihar Janga of Leander, are among the ten finalists still alive in the competition.

And for those curious, here's a close-up image of what a hypopus looks like: 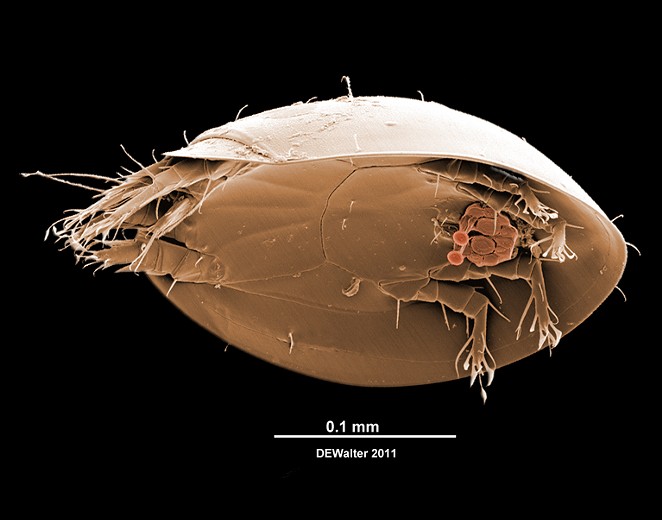 Macromite's Blog
This gnarly little larva is the bane of Alex Iyer's existence at the moment.

Gross. We feel for you, Alex.